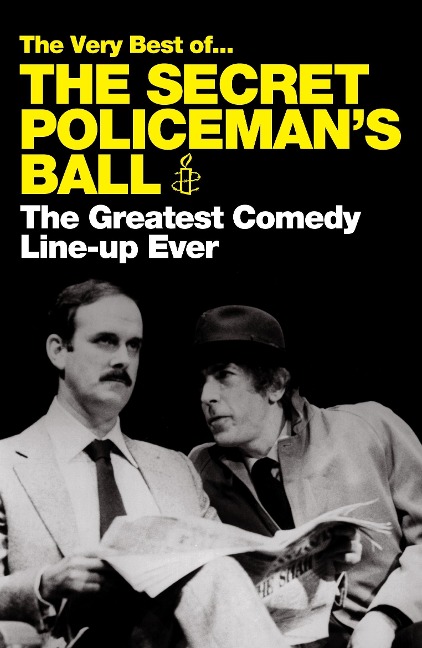 The Very Best of The Secret Policeman's Ball

Back in the day, if you wanted to raise money you stood on street corner with a tin and a smile. That is until Mr John Cleese rounded up a few friends in 1976 for Amnesty International's first fundraising show, 'A Poke In The Eye (With A Sharp Stick)'. Since then, Amnesty has produced a dozen Secret Policeman shows, which culminated this year with a breath-taking line-up at New York's Radio City Hall.

These celebrated comedy routines are accompanied by beautiful photography, specially commissioned introductions and insightful interviews from the stars involved. It is a fitting tribute to a remarkable comedy institution.

Amnesty International is an international human rights non-governmental organisation with over three million members and supporters around the world. Founded in London in 1961, Amnesty draws attention to human-rights abuses and campaigns, works to mobilise public opinion and put pressure on the governments that let abuse take place, and aims to protect people wherever justice, fairness, freedom and truth are denied. The organisation was awarded the 1977 Nobel Peace Prize for its campaign against torture, and the United Nations Prize in the Field of Human Rights in 1978. www.amnesty.org.uk