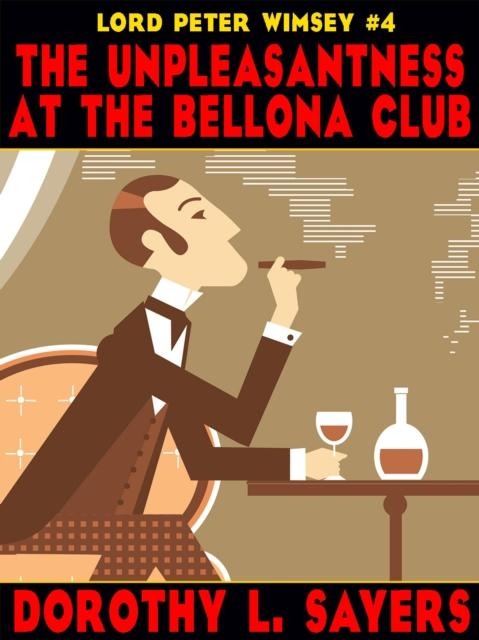 The Unpleasantness at the Bellona Club

When Lord Peter Wimsey comes down to the Bellona Club to dine with an old friend, he little expected to find the 90-year-old General Fentiman sitting quietly by the fire in full rigor mortis. Nor, did he expect to be confronted with a case about which one of the General or his sister, Lady Dormer, predeceased the other. But, seeing that it was a matter of some half-million pounds, he was delighted to oblige old Mr. Murbles, the family solicitor.

It turns out that establishing Fentiman's time of death is going to be a major feat. No one, including his heirs, the staff of the Bellona Club, and most of London seems to recall what the General was doing that morning, or when he showed up, opened his newspaper, and promptly expired. Worse, what few facts that Wimsey can put together convince him that something is very, very wrong with Fentiman's timely ticking off.

Suddenly this is no longer a case of friendly detection, but a serious investigation into murder!