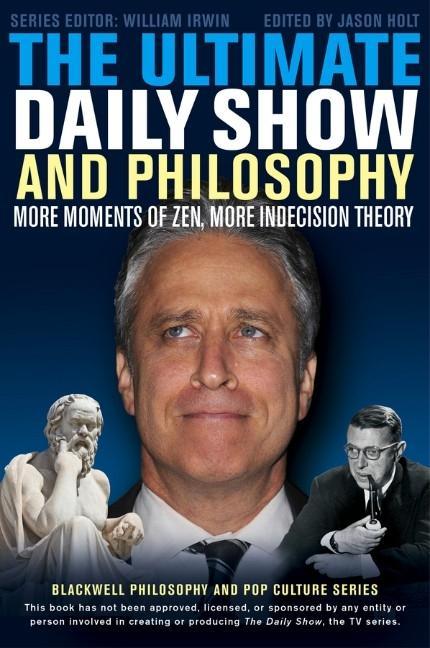 Savor moments of Zen like never before, with our Senior Philosophical Correspondents

The Ultimate Daily Show and Philosophy is revised, expanded, and updated to probe deeper than ever before the philosophical significance of the quintessential "fake" news show of the 21st century.
* Features significant revisions and updates from the first 2007 edition
* Includes discussion of both The Daily Show and its spin-off, The Colbert Report
* Reveals why and how The Daily Show is philosophically engaging and significant
* Showcases philosophers at their best, discussing truth, knowledge, reality, and the American Way
* Faces head on tough and surprisingly funny questions about politics, religion, and power

Jason Holt is Associate Professor at Acadia University. He is author of Blindsight and the Nature of Consciousness, co-author of Flexibility: A Concise Guide, and editor of The Daily Show and Philosophy and a forthcoming anthology in philosophy of sport.

2 The Fake, the False, and the Fictional: The Daily Show as News Source 23
Michael Gettings

3 The Daily Show: An Ethos for the Fifth Estate 38
Rachael Sotos

5 Keeping It (Hyper) Real: Anchoring in the Age of Fake News 69
Kellie Bean

11 The Senior Black Correspondent: Saying What Needs to Be Said 155
John Scott Gray

14 GOP Almighty: When God Tells Me (and My Opponents) to Run for President 199
Roberto Sirvent and Neil Baker

15 Profaning the Sacred: The Challenge of Religious Diversity in "This Week in God" 211
Matthew S. LoPresti

Segment 5 Your Moment of Zen: Beyond The Daily Show 265

19 A Tea Party for Me the People: The Living Revolution Meets the Originalists 281
Rachael Sotos