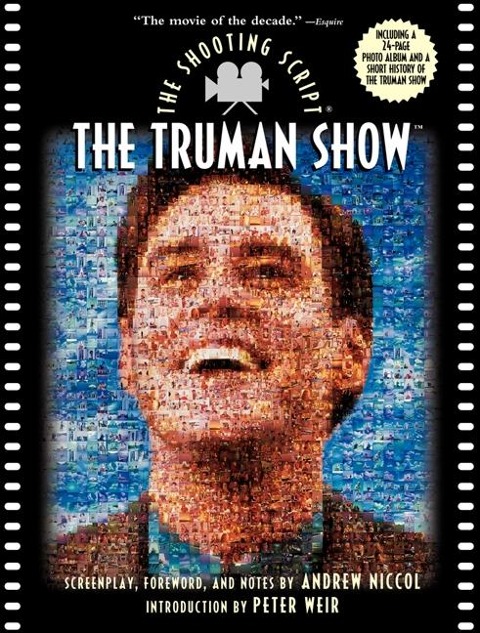 The Truman Show: The Shooting Script

Jim Carrey is Truman Burbank, the most famous face on television, only he doesn't know it. He is the unwitting star of a nonstop, 24-hour-a-day documentary soap opera called The Truman Show, with every moment of his life broadcast to a worldwide audience. Everyone around him is an actor. He is a prisoner in a made-for-TV paradise. This is the story of his escape.

Rarely has a first-time collaboration between a writer and director produced such a stunning result. In this book, both Niccol and Weir's lively talents and creative force come to light, as each contributes some highly original material to amplify the brilliant107-page shooting script, reproduced here in facsimile. Niccol has given us another version of The Truman Show, in photos and captions—in effect, our very own photo album. For his contribution, Peter Weir chose to let us in on the intricately detailed, often hilarious "backstory," which he wrote as part of his preparation, and eventually shared with the cast and crew during production. Also included are complete cast and crew credits.