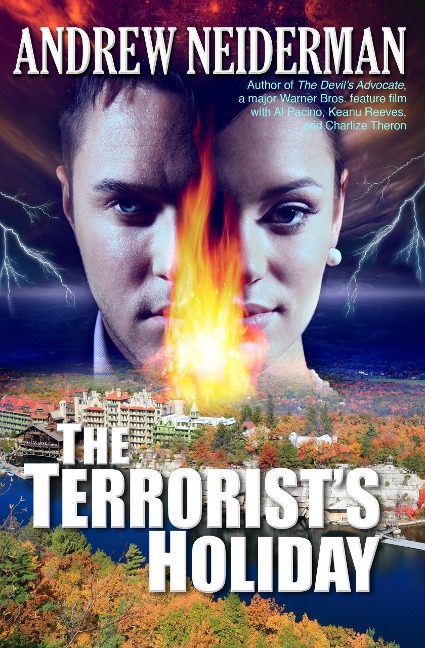 When NYPD lieutenant Barry Wintraub starts investigating the murder of a Jewish Defense League member, he stumbles on a plot to blow up the New Prospect resort in the Catskills, where over one thousand of Israel's top financial supporters will be celebrating Passover with their families and the guest of honor, an important Israeli general. Wintraub's partner and captain aren't convinced that the conspiracy exists, but the owner of the New Prospect acknowledges the detective's hunch and invites him and his family to stay for the celebration.

The Terrorist's Holiday presents a unique take on extremist plots-the two terrorists, a handsome young man and his beautiful girlfriend, are morally challenged by what they are about to do . . . and they realize, perhaps too late, that an even more deadly threat awaits all who visit the world-class resort.
E-Book 03/2015

Andrew Neiderman was born in Brooklyn and grew up in New York's scenic Catskill Mountains region. A graduate of the University at Albany, State University of New York, from which he also received his master's in English, Neiderman taught at Fallsburg Junior-Senior High School for twenty-three years before pursuing a career as a novelist and screenwriter. He has written more than forty thriller novels under his own name, including The Devil's Advocate, which was made into a major motion picture for Warner Bros., starring Al Pacino, Keanu Reeves, and Charlize Theron, and is in development as a stage musical in London. Neiderman has also written seventy New York Times-bestselling novels for the V. C. Andrews franchise. He lives with his family in Palm Springs, California. Visit him on Facebook and at www.neiderman.com.