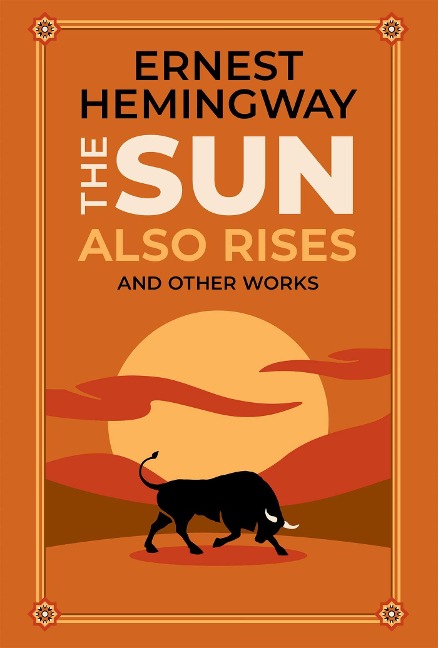 The Sun Also Rises and Other Works

A collection of Ernest Hemingway's works from the early 1920s, including one of his most famous works, The Sun Also Rises, as well as short stories and poems.

Ernest Hemingway's first novel, The Sun Also Rises, is also his most widely acclaimed. Set against the backdrop of Paris café society and the running of the bulls in Pamplona, Spain, the novel focuses on the lives of American expatriates in the 1920s. Although the Lost Generation is often considered to have been damaged and dissolute in the aftermath of World War I, Hemingway portrays them as strong characters who are imbued with independence. This edition also includes Hemingway's novella The Torrents of Spring, the short story collection In Our Time (1925), and various other short stories, poems, and newspaper and magazine articles from the early 1920s. A scholarly introduction examines Hemingway's life and writing career, providing readers with a deeper understanding of his works.

Ernest Hemingway is regarded as one of the most influential writers of the twentieth century. He was awarded the Pulitzer Prize in 1953 and the Nobel Prize in Literature in 1954. Some of his best-known works include For Whom the Bell Tolls, The Sun Also Rises, The Old Man and the Sea, and A Farewell to Arms. Hemingway passed away in July 1961.