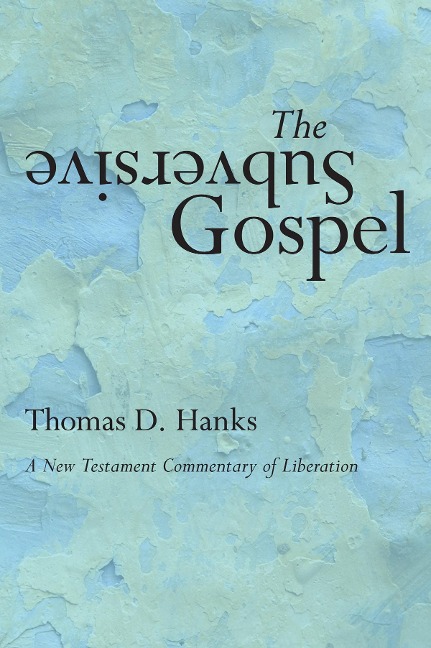 A New Testament Commentary of Liberation

What do the New Testament writers actually teach about (1) the poor, (2) women, and (3) sexual minorities? Why do traditional commentaries and introductions so often ignore or treat superficially such burning questions churches grapple with today? Must we seek out specialized monographs to get adequate information and satisfactory answers in each area? At last, in a single volume Tom Hanks brings together the fruit of decades of study, examining each New Testament book in each of these three crucial areas, which often overlap in human experience (Latin American male liberation theologians often forget that the "option for the poor" may involve solidarity with a lesbian of color who wants to be ordained!).

L. William Countryman comments regarding the poor, women and sexual minorities: "Tom Hanks has brought these issues to the exegesis of the New Testament in a sustained and orderly fashion. He demonstrates beyond question that most of the New Testament authors were not interested in maintaining the household structures of the ancient Mediterranean and that, indeed, most of the individuals presented in the New Testament documents would not have seemed to be models of 'family values' either in their time or today....The works of Hanks and [Theodore W.] Jennings, with their detailed and careful argumentation, show that excellent work is being done in this vein. However surprising their conclusions may be to casual readers (or offensive to readers protecting what they conceive as orthodoxy), they are, in fact, deeply grounded in attentive scholarly work" (Dirt, Greed & Sex, Minneapolis: Fortress, 2007, p. 251-252).

Thomas D. Hanks served with the Latin America Mision from 1963 to 1989 as Professor of Hebrew Bible at the Latin America Biblical Seminary (now University). He did graduate studies at Wheaton Graduate School of Theology, Princeton Theological Seminary (B.D.), Garrett-Northwestern (M.A.) and Concordia Seminary (Th.D.). Since 1992 he has been Executive Director of Other Sheep, a multicultural ministry with sexual minorities. He also is author of 'The Subversive Gospel: A New Testament Commentary of Liberation' (Pilgrim Press, 2000).