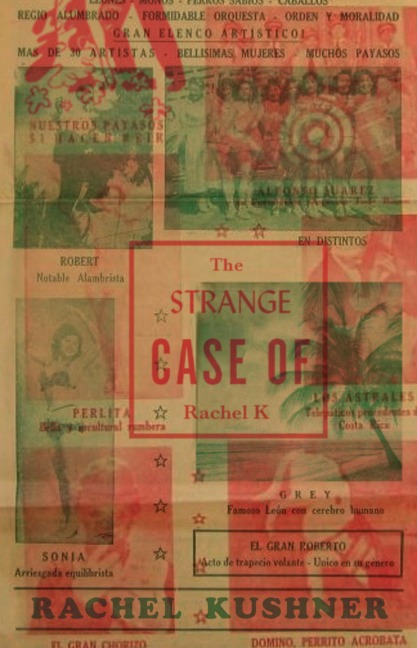 The Strange Case of Rachel K

Three early stories of myth, regime, and harlotry by the acclaimed author of The Flamethrowers.

An explorer's whereabouts keeps a queen in waiting; a faith healer's illegal radio broadcasts give hope to an oppressed people; a president's offer of ice cream surprises a prostitute expecting to cooperate fully — the three short fictions gathered in The Great Exception build into a vision of Cuba that is black-humored, brutal, and beautiful. Written prior to the publication of Rachel Kushner's first acclaimed novel Telex From Cuba, these stories, like Roberto Bolano's Antwerp, burst forth with the genesis of her fictional universe as though fired from a cannon. From the mythical title story, to the ominous "Debouchment” — originally published in her too short-lived journal Soft Targets — to the sexy and noirish "Strange Case of Rachel K,” this is Kushner saddling up for a journey into the wilds of the modern novel.
E-Book 03/2015

Rachel Kushner is the bestselling author of The Flamethrowers, Telex from Cuba, and The Mars Room.