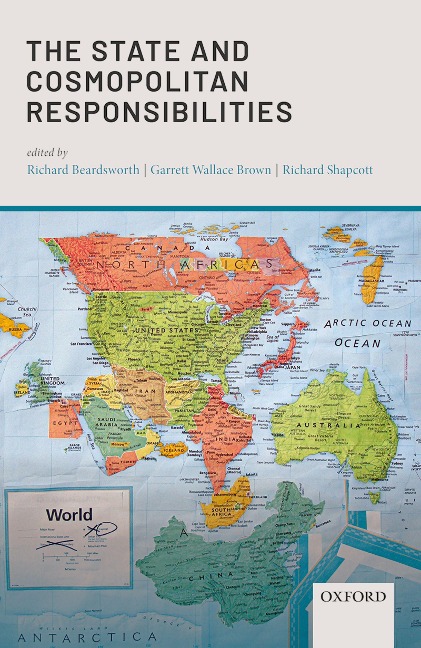 The State and Cosmopolitan Responsibilities

This book explores the role that states might play in promoting a cosmopolitan condition as an agent of cosmopolitanism rather than an obstacle to it. In doing so the book seeks to develop recent arguments in favour of locating cosmopolitan moral and political responsibility at the state level as either an alternative to, or a corollary of, cosmopolitanism as it is more commonly understood qua requiring transnational or global bearers of responsibility. As a result,
the contributions in this volume see an on-going role for the state, but also its transformation, perhaps only partially, into a more cosmopolitan-minded institution - instead of a purely 'national' or particularistic one.  It therefore makes the case that the state as a form of political community
can be reconciled with various form of cosmopolitan responsibility. In this way the book will address the question of how states, in the present, and in the future, can be better bearers of cosmopolitan responsibilities?

Richard Beardsworth is the EH Carr chair in International Politics, Head of the Department of International Politics at Aberystwyth University, UK, and Research Associate at the  Institut des Etudes Politiques (SciPo), Paris. His research interests lie in international and political theory, in statecraft and global politics. His recent publications (articles, book chapters, essays) rehearse a Weberian and republican account of ethical responsibility towards
global challenges that, re-aligning national and global interests, advances a new 'internationalist' narrative.

Garrett Wallace Brown is Professor of Political Theory and Global Health Policy in the School of Politics and International Studies at the University of Leeds. He co-leads the University of Leeds Global Health cross faculty theme and has produced extensive research at the crossroads between global health and moral philosophy. Outside of global health his research interests include cosmopolitan theory, Kant's cosmopolitanism, the laws of hospitality, global constitutionalism and key issues in
global justice. He is the author of  Grounding Cosmopolitanism: From Kant to the Idea of a Cosmopolitan Constitution (EUP, 2009),  The Cosmopolitanism Reader with David Held (Polity, 2010), and Kant's Cosmopolitics (EUP, 2019).

Richard Shapcott is Senior Lecturer in the School of Political Science and International Studies, University of Queensland, Brisbane , Australia. He is the author  Justice, Community, and Dialogue in International Relations (Cambridge 2001) and  A Critical Introduction to International Ethics (Polity, 2010).