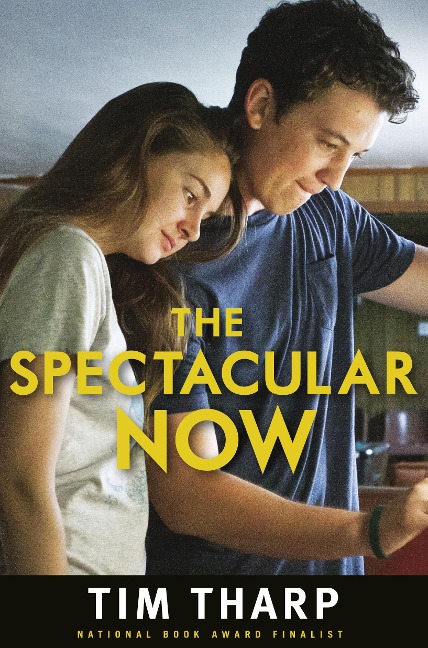 This National Book Award Finalist is now a major motion picture -- one of the most buzzed-about films at Sundance 2013, starring Shailene Woodley (star of The Fault in our Stars and Divergent) and Miles Teller (star of Whiplash).

SUTTER KEELY. HE'S the guy you want at your party. He'll get everyone dancing. He' ll get everyone in your parents' pool. Okay, so he's not exactly a shining academic  star. He has no plans for college and will probably end up folding men's shirts for  a living. But there are plenty of ladies in town, and with the help of Dean Martin  and Seagram's V.O., life's pretty fabuloso, actually.

Until the morning he wakes  up on a random front lawn, and he meets Aimee. Aimee's clueless. Aimee is a social  disaster. Aimee needs help, and it's up to the Sutterman to show Aimee a splendiferous  time and then let her go
forth and prosper. But Aimee's not like other girls, and  before long he's in way over his head. For the first time in his life, he has the  power to make a difference in someone else's life-or ruin it forever.

Tim Tharp lives in Oklahoma, where he teaches at Rose State College. He is also the author of the YA novel Knights of the Hill Country, an ALA?YALSA Best Book for Young Adults. He lives in Midwest City, Oklahoma.

The Field of Vision