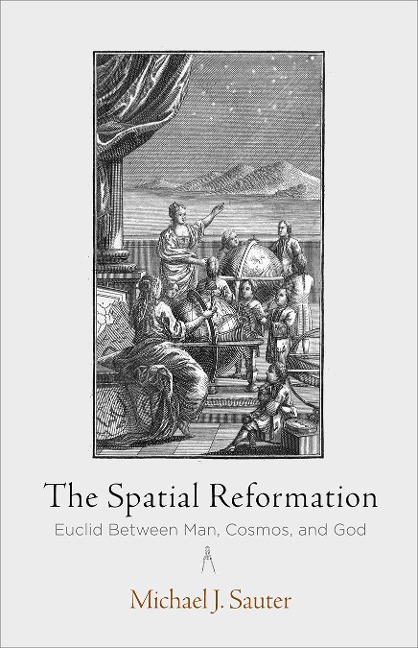 Euclid Between Man, Cosmos, and God

In The Spatial Reformation, Michael J. Sauter offers a sweeping history of the way Europeans conceived of three-dimensional space, including the relationship between Earth and the heavens, between 1350 and 1850. He argues that this "spatial reformation" provoked a reorganization of knowledge in the West that was arguably as important as the religious Reformation. Notably, it had its own sacred text, which proved as central and was as ubiquitously embraced: Euclid's Elements. Aside from the Bible, no other work was so frequently reproduced in the early modern era. According to Sauter, its penetration and suffusion throughout European thought and experience call for a deliberate reconsideration not only of what constitutes the intellectual foundation of the early modern era but also of its temporal range.

The Spatial Reformation contends that space is a human construct: that is, it is a concept that arises from the human imagination and gets expressed physically in texts and material objects. Sauter begins his examination by demonstrating how Euclidean geometry, when it was applied fully to the cosmos, estranged God from man, enabling the breakthrough to heliocentrism and, by extension, the discovery of the New World. Subsequent chapters provide detailed analyses of the construction of celestial and terrestrial globes, Albrecht Dürer's engraving Melencolia, the secularization of the natural history of the earth and man, and Hobbes's rejection of Euclid's sense of space and its effect on his political theory. Sauter's exploration culminates in the formation of a new anthropology in the eighteenth century that situated humanity in reference to spaces and places that human eyes had not actually seen. The Spatial Reformation illustrates how these disparate advancements can be viewed as resulting expressly from early modernity's embrace of Euclidean geometry.