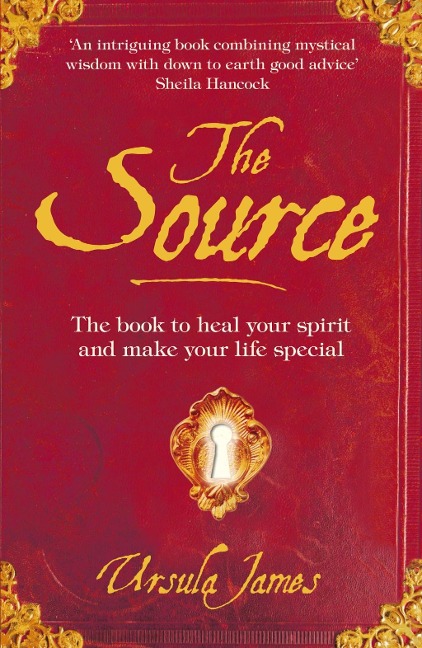 A Manual of Everyday Magic

The Source threads together two stories. The first that of Ursula Sontheil, sometimes known as Mother Shipton, the 16th-century Yorkshire prophetess and healer who was burnt at the stake but whose spirit survived captive in a cave in North Yorkshire. She would have been trapped for ever but for the cave's extraordinary power: objects left in the cave are turned to stone by the action of the lime-suffused waters from a nearby well. Mother Shipton used the powers of the waters to live again through the needs of those who came to the cave and called on her for healing. Each gift turned to stone by the waters lit another spark of life within her. Through the centuries many came for her help, enough for their needs to free her spirit to leave the cave and live again.

The second story is that of another Ursula, Ursula James, a modern-day healer of minds. Mother Shipton shaped her childhood and, when she was ready to listen, came to her again when she was an adult and gave her the means to make magic happen. Through Mother Shipton's prophecies and spells, Ursula James transformed her own life and taught her that magic must be shared or it is diminished, so she passes this knowledge on to others. As the magic began to grow it took on a life of its own and spread around the world.

The Source is a book that comes out of time and is of this time. It is only now, after the world of commerce has been in freefall, that we are ready to listen and respond to Sister Moon and to heal Mother Earth. Each chapter has a ritual, rite or journey, to guide the reader on their path to the source of their own power. Part fable, part spell-book, The Source has true magic woven through it for those who read it well.