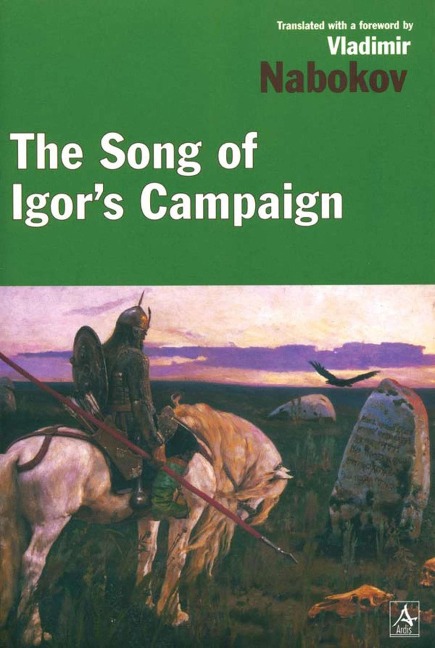 The Song of Igor's Campaign

A chivalric expedition is undertaken in the late twelfth century by a minor prince in the land of Rus' to defeat, against overwhelming odds, a powerful alliance in a neighboring territory. The anonymous poet who chronicled this adventure packed unprecedented metaphorical agility, keenness of observation, and fascinating imagery into the lean and powerful tale of the doomed campaign.

Discovered in the late eighteenth century and only narrowly distributed, the original manuscript was destroyed in a fire, leading to endless debate about the provenance and authenticity of the extant versions. It also served as the basis of Borodin's opera Prince Igor. Translated by Vladimir Nabokov, the verses that constitute "The Song of Igor's Campaign" are presented in their original rhyme and meter, and Nabokov's extensive annotations provide illuminations on all the aspects of the text.

Vladimir Vladimirovich Nabokov was born on April 23, 1899, in St. Petersburg, Russia. The Nabokov household was trilingual, and as a young man, he studied Slavic and romance languages at Trinity College, Cambridge, taking his honors degree in 1922. For the next eighteen years he lived in Berlin and Paris, writing prolifically in Russian under the pseudonym Sirin and supporting himself through translations, lessons in English and tennis, and by composing the first crossword puzzles in Russian. In 1925 he married Vera Slonim, with whom he had one child, a son, Dmitri. Having already fled Russia and Germany, Nabokov became a refugee once more in 1940, when he was forced to leave France for the United States. There he taught at Wellesley, Harvard, and Cornell. He also gave up writing in Russian and began composing ficticvbn ral books of criticism. Vladimir Nabokov died in Montreux, Switzerland, in 1977.