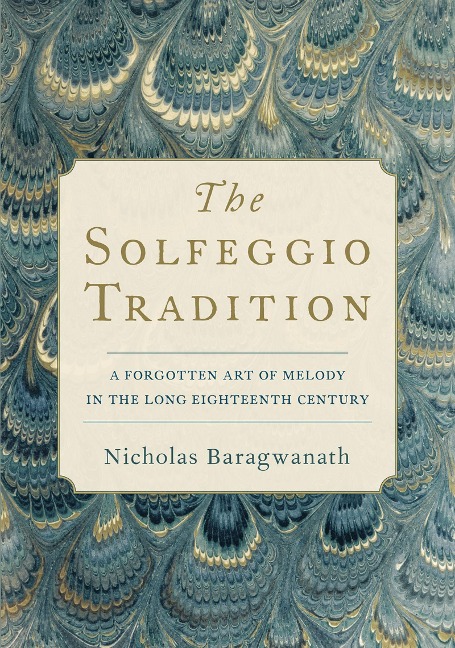 A Forgotten Art of Melody in the Long Eighteenth Century

How did castrati manage to amaze their eighteenth-century audiences by singing the same aria several times in completely different ways? And how could composers of the time write operas in a matter of days? The secret lies in the solfeggio tradition, a music education method that was fundamental to the training of European musicians between 1680 and 1830  a time during which professional musicians belonged to the working class. As disadvantaged children in orphanages learned the musical craft through solfeggio lessons, many were lifted from poverty, and the most successful were propelled to extraordinary heights of fame and fortune.

In this first book on the solfeggio tradition, author Nicholas Baragwanath draws on over a thousand manuscript sources to reconstruct how professionals became skilled performers and composers who could invent and modify melodies at will. By introducing some of the simplest exercises in scales, leaps, and cadences that apprentices would have encountered, this book allows readers to retrace the steps of solfeggio training and learn to generate melody by 'speaking' it like an eighteenth-century musician. As it takes readers on a fascinating journey through the fundamentals of music education in the eighteenth century, this book uncovers a forgotten art of melody that revolutionizes our understanding of the history of music pedagogy.

Nicholas Baragwanath is Associate Professor of Music at the University of Nottingham. His award-winning research focuses on music history and theory, particularly on how musicians in the past learned skills in improvisation and composition. He regularly writes and presents for BBC Radio 3.

Epilogue
Chapter 14: Alternative Systems and the End of the Great Tradition