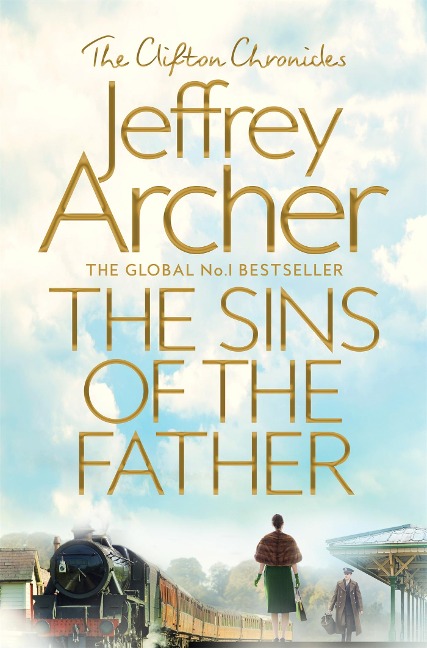 The Sins of the Father

Engrossing and memorable, The Sins of the Father, the second novel in international bestseller Jeffrey Archer's celebrated the Clifton Chronicles, takes us to New York in 1939 where our hero Harry Clifton is in desperate need of help.

Only days before Britain declares war on Germany, Harry joins the Merchant Navy, unable to face long-held family secrets and the fact he will never be able to marry his true love Emma Barrington. But when his ship is sunk mid-Atlantic, Harry takes the opportunity to assume the identity of one his deceased rescuers and begin a new life.

Landing in America, he quickly discovers he has made a mistake and without any way to prove his true identity, Harry is now chained to a past that could be far worse than the one he had hoped to escape . . .

Brimming with intrigue, Jeffrey Archer takes readers into a world they will never want to leave as the Clifton Chronicles continues its powerful journey with family loyalties stretched to their limits and fates decided.

Praise for Jeffrey Archer
'He is a master of fiction' Allan Massie, Scotsman
'Stylish, witty and constantly entertaining' The Times

Jeffrey Archer, whose novels and short stories include the Clifton Chronicles, Kane and Abel and Cat O' Nine Tales, is one of the world's favourite storytellers and has topped the bestseller lists around the world in a career spanning four decades. His work has been sold in ninety-seven countries and in more than thirty-seven languages. He is the only author ever to have been a number one bestseller in fiction, short stories and non-fiction (The Prison Diaries).

Jeffrey is also an art collector, sports lover, and amateur auctioneer, conducting numerous charity auctions every year. A member of the House of Lords for over a quarter of a century, the author is married to Dame Mary Archer, and they have two sons, two grandsons and a granddaughter.

The Malice of Waves