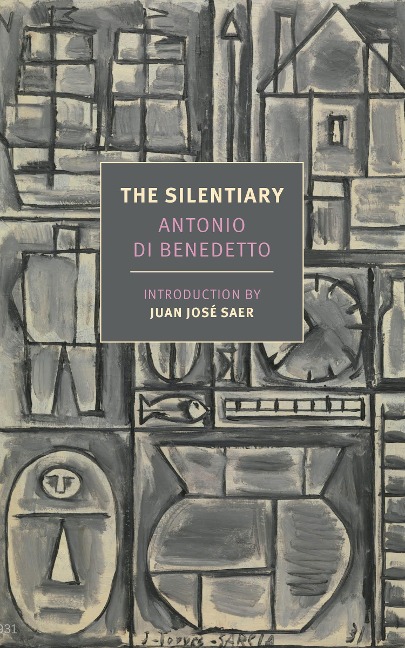 In post-WWII South America, a struggling writer embarks on a murderous thought experiment to help kickstart his career in this next tale of longing from the author of Zama.

The Silentiary takes place in a nameless Latin American city during the early 1950s. A young man employed in mid-level management entertains an ambition to write a book of some sort. But first he must establish the necessary precondition, which the crowded and noisily industrialized city always denies him, however often he and his mother and wife move in search of it.

He thinks of embarking on his writing career with something simple, a detective novel, and ponders the possibility of choosing a victim among the people he knows and planning a crime as if he himself were the killer. That way, he hopes, his book might finally begin to take shape.

This is the second of the three novels by Antonio Di Benedetto that have come to be known as the Trilogy of Expectation, after the dedication "To the victims of expectation" in the first volume, Zama. Together these three works constitute, in Juan José Saer's words, "one of the culminating moments of twentieth-century narrative fiction in Spanish."

Antonio Di Benedetto (1922-1986) was an Argentine journalist and the author of five novels, the most well known being Zama, which is available from NYRB Classics. His first book, the story collection Mundo Animal, appeared in English translation in 1997 as Animal World.

Juan José Saer (1937-2005) was considered one of the most important Latin American authors to come after Jorge Luis Borges. He wrote several novels, a few of which are available in English, including The Regal Lemon Tree and The Witness.

Esther Allen received the 2017 National Translation Award for her translation of Antonio Di Benedetto's Zama. Co-founder of the PEN World Voices Festival in New York City, she teaches at City University of New York's Graduate Center and Baruch College, where she directs the Sidney Harman Writer-in-Residence Program. In 2006 the French government named her a Chevalier of the Order of Arts and Letters.