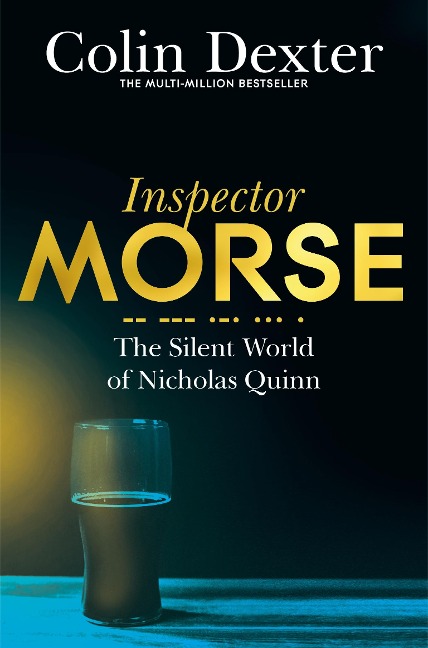 The Silent World Of Nicholas Quinn

The Silent World of Nicholas Quinn is the third novel in Colin Dexter's Oxford-set detective series.

Morse had never ceased to wonder why, with the staggering advances in medical science, all pronouncements concerning times of death seemed so disconcertingly vague.

The newly appointed member of the Oxford Examinations Syndicate was deaf, provincial and gifted. Now he is dead . . .

And his murder, in his north Oxford home, proves to be the start of a formidably labyrinthine case for Chief Inspector Morse, as he tries to track down the killer through the insular and bitchy world of the Oxford Colleges . . .

The Silent World of Nicholas Quinn is followed by the fourth Inspector Morse book, Service of All the Dead.