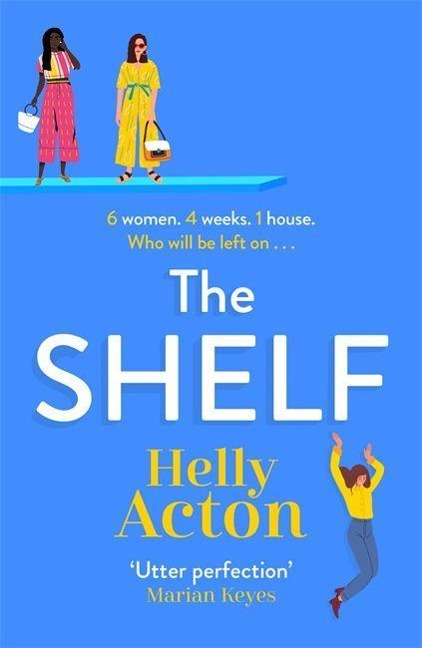 Everyone in Amy's life seems to be getting married (or so Instagram tells her), and she feels like she's falling behind.
So, when her boyfriend surprises her with a dream holiday to a mystery destination, she thinks this is it - he's going to pop the Big Question. But the dream turns into a nightmare when she finds herself on the set of a Big Brother -style reality television show, The Shelf .
Along with five other women, Amy is dumped live on TV and must compete in a series of humiliating and obnoxious tasks in the hope of being crowned 'The Keeper'.
Will Amy's time on the show make her realise there are worse things in life than being left on the shelf?
A funny, feminist and all-too-relatable novel about our obsession with settling down and coupling up, and the battle we all have with accepting ourselves, The Shelf introduces the freshest new voice in women's fiction.