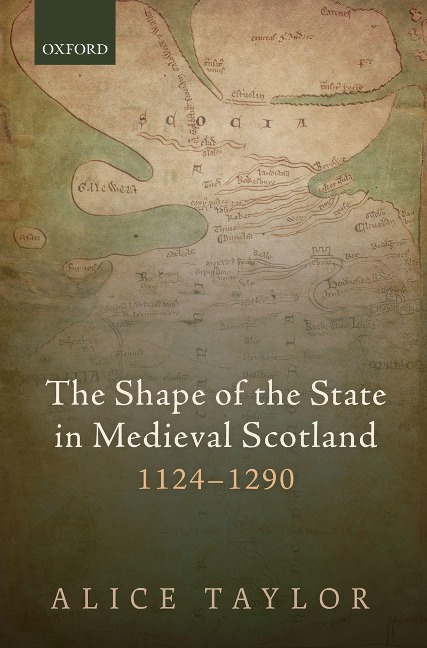 This is the first full-length study of Scottish royal government in the twelfth and thirteenth centuries ever to have been written. It uses untapped legal evidence to set out a new narrative of governmental development. Between 1124 and 1290, the way in which kings of Scots ruled their kingdom transformed. By 1290 accountable officials, a system of royal courts, and complex common law procedures had all been introduced, none of which could have been envisaged in 1124.

The Shape of the State in Medieval Scotland, 1124-1290 argues that governmental development was a dynamic phenomenon, taking place over the long term. For the first half of the twelfth century, kings ruled primarily through personal relationships and patronage, only ruling through administrative and judicial officers in the south of their kingdom. In the second half of the twelfth century, these officers spread north but it was only in the late twelfth century that kings routinely
ruled through institutions. Throughout this period of profound change, kings relied on aristocratic power as an increasingly formal part of royal government. In putting forward this narrative, Alice Taylor refines or overturns previous understandings in Scottish historiography of subjects as diverse as the
development of the Scottish common law, feuding and compensation, Anglo-Norman 'feudalism', the importance of the reign of David I, recordkeeping, and the kingdom's military organisation. In addition, she argues that Scottish royal government was not a miniature version of English government; there were profound differences between the two polities arising from the different role and function aristocratic power played in each kingdom.

The volume also has wider significance. The formalisation of aristocratic power within and alongside the institutions of royal government in Scotland forces us to question whether the rise of royal power necessarily means the consequent decline of aristocratic power in medieval polities. The book thus not only explains an important period in the history of Scotland, it places the experience of Scotland at the heart of the process of European state formation as a whole.

Alice Taylor is a Reader in Medieval History at King's College London. She was born in London and studied History at St Peter's College, Oxford. After receiving her doctorate from Oxford in 2009, she was a Research Fellow at King's College, Cambridge until 2011, when she joined the History Department at KCL. The Shape of the State was her first book, and was jointly awarded the Royal Historical Society's Whitfield Prize in 2017. Also in
2017, she was awarded a Philip Leverhulme Prize for History.