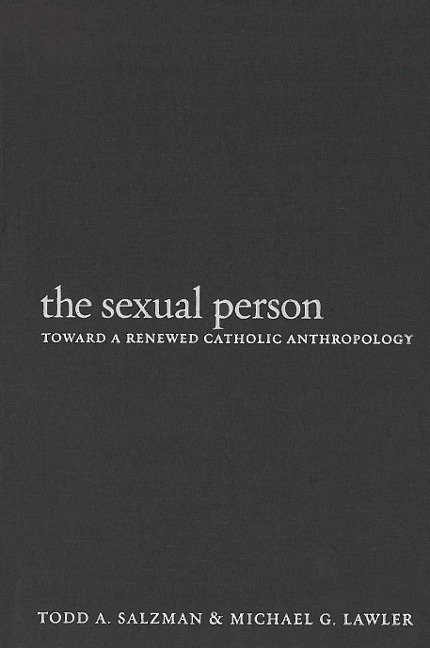 Toward a Renewed Catholic Anthropology

Two principles capture the essence of the official Catholic position on the morality of sexuality: first, that any human genital act must occur within the framework of heterosexual marriage; second, each and every marriage act must remain open to the transmission of life. In this comprehensive overview of Catholicism and sexuality, theologians Todd A. Salzman and Michael G. Lawler examine and challenge these principles. Remaining firmly within the Catholic tradition, they contend that the church is being inconsistent in its teaching by adopting a dynamic, historically conscious anthropology and worldview on social ethics and the interpretation of scripture while adopting a static, classicist anthropology and worldview on sexual ethics.

While some documents from Vatican II, like Gaudium et spes ("the marital act promotes self-giving by which spouses enrich each other"), gave hope for a renewed understanding of sexuality, the church has not carried out the full implications of this approach. In short, say Salzman and Lawler: emphasize relationships, not acts, and recognize Christianity's historically and culturally conditioned understanding of human sexuality. The Sexual Person draws historically, methodologically, and anthropologically from the best of Catholic tradition and provides a context for current theological debates between traditionalists and revisionists regarding marriage, cohabitation, homosexuality, reproductive technologies, and what it means to be human. This daring and potentially revolutionary book will be sure to provoke constructive dialogue among theologians, and between theologians and the Magisterium.