The Science of Star Trek: The Scientific Facts Behind the Voyages in Space an... – Mark Brake | buch7 – Der soziale Buchhandel
Bitte warten ... 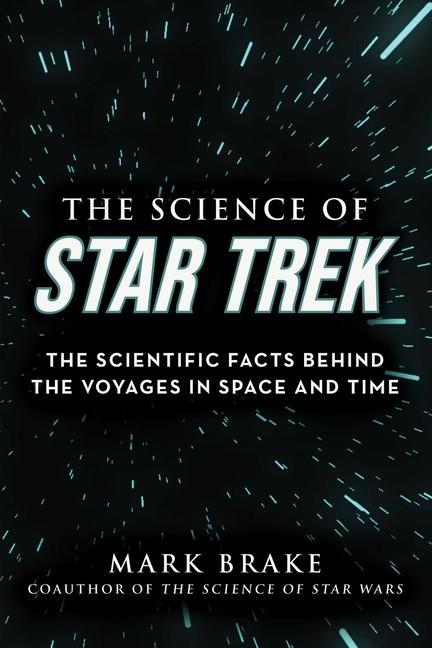 The Science of Star Trek: The Scientific Facts Behind the Voyages in Space and Time

Boldly go where no man has gone before and discover the real science behind the cyborgs, starships, aliens, and antimatter of the Star Trek galaxy.

Star Trek is one of the highest-grossing media franchises of all time. It has changed our cultural landscape in so many ways since it first aired in 1966. The franchise has generated billions of dollars in revenue, leading to a wide range of spin-off games, novels, toys, and comics. Star Trek is noted for its social science, too, with its progressive civil rights stances and its celebration of future diversity that began with The Original Series, one of television's first multiracial casts.

The Science of Star Trek explores one of the greatest science fiction universes ever created and showcases the visionary tech that inspired and influenced the real-world science of today. The perfect Star Trek gift for fans of the franchise, this book addresses many unanswered, burning questions, including:

Mark Brake developed the world's first science and science fiction degree in 1999 and launched the world's first astrobiology degree in 2005. He's communicated science through film, television, print, and radio on five continents, including for NASA, Seattle's Science Fiction Museum, the BBC, the Royal Institution, and Sky Cinema. Mark also tours Europe with Science of Doctor Who, Science of Star Wars, and Science of Superheroes road shows.