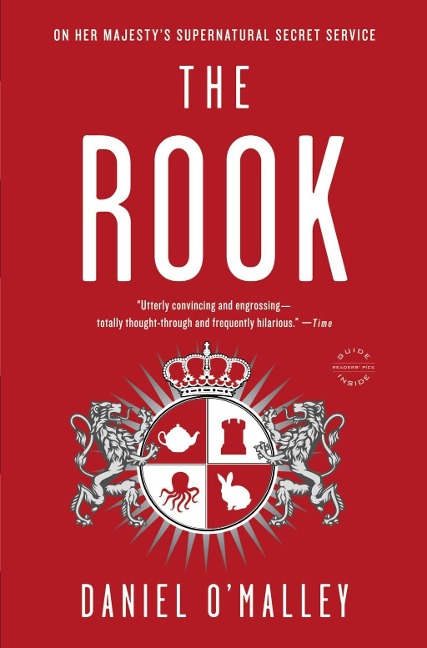 Myfanwy Thomas awakens in a London park surrounded by dead bodies. With her memory gone, she must trust the instructions left by her former in order to survive. She quickly learns that she is a Rook, a high-level operative in a secret agency that protects the world from supernatural threats. But there is a mole inside the organization, and this person wants her dead.

Battling to save herself, Myfanwy will encounter a person with four bodies, a woman who can enter her dreams, children transformed into deadly fighters, and terrifyingly vast conspiracy.

Suspenseful and hilarious, The Rook is an outrageously imaginative thriller for readers who like their espionage with a dollop of purple slime.

Daniel O'Malley graduated from Michigan State University and earned a Master's Degree in medieval history from Ohio State University. He then returned to his childhood home, Australia, where he works for the Transport Safety Bureau, writing press releases for government investigations of plane crashes and runaway boats.

No Is Not Enough