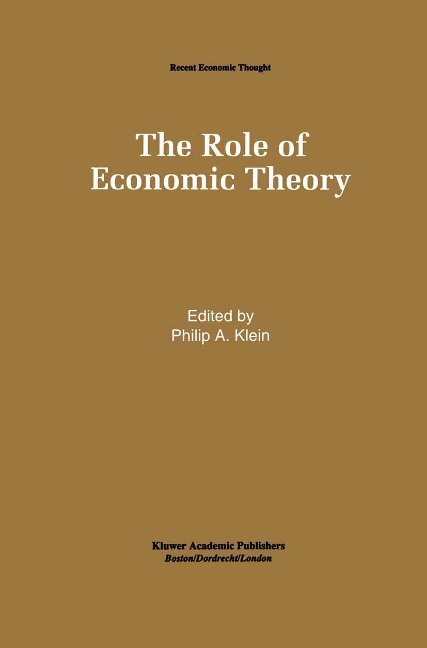 The Role of Economic Theory

What is the role of economic theory? Is there any common ground among economists of different schools concerning the role or roles to be played by theory? These were the basic questions in my mind when I undertook to edit a book on the subject. I thought it might prove insightful to exam­ ine the views of distinguished economists of very different persuasions and perspectives on the discipline in general. Accordingly, I invited economists from many of the major schools or groups in contemporary economics to contribute essays. Some were uninterested; some were too busy; but many were more than willing to participate in the exercise. The results make up this book. I knew (or thought I knew) what economists who believe in interven­ tionist policy were going to say, but I was unsure what other economists would say. I found the diversity in the replies, as well as some unexpected agreement, to be thOUght-provoking. I learned from all the participants. I wish to thank Warren Samuels, who originally invited me to edit a book in his series for Kluwer, and Marc Tool, who gave much needed advice and counsel along the way. They both have my thanks for their assistance to me. I thank my colleague, Michael Baye, for his help.