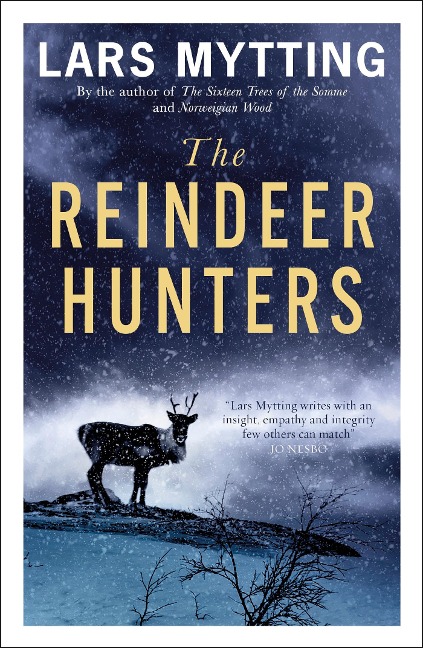 "Lars Mytting writes with an insight, empathy and integrity few others can match" JO NESBO

The Reindeer Hunters is the second in a thrilling historical trilogy that began with The Bell in the Lake.

The year is 1903, and twenty-two years have passed since Astrid Hekne died in childbirth. Her son Jehans lives on a modest smallholding up in the hills near Butangen, having withdrawn from his community. He is drawn to freedom, to fishing and reindeer hunting, and one day meets a stranger over the body of a huge reindeer buck.

Outside the new church in Butangen, Pastor Kai Schweigaard still cares for Astrid Hekne's grave. The village's overworked priest is tormented by his old betrayal, which led to death and to the separation of two powerful church bells cast in memory of two sisters in Astrid's family. Kai is set on finding an ancient tapestry made by the sisters - the Hekne Weave - in the hope that it will reveal how he can remedy his iniquities.

Conceived on an epic scale by Norway's bestselling author, The Reindeer Hunters is a novel about love and bitter rivalries, sorrow and courage, about history and myth, and a country as it enters a new era, about the first electric light and the Great War in Europe, where brother stands against brother.

Translated from the Norwegian by Deborah Dawkin