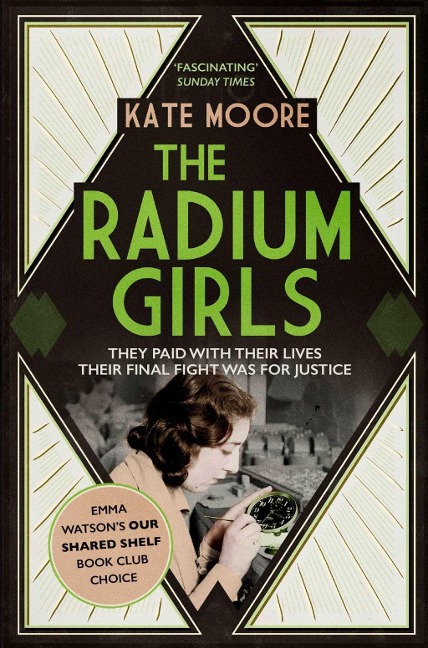 They paid with their lives. Their final fight was for justice.

All they wanted was the chance to shine.

Be careful what you wish for…

'The first thing we asked was, "Does this stuff hurt you?" And they said, "No." The company said that it wasn't dangerous, that we didn't need to be afraid.'

As the First World War spread across the world, young American women flocked to work in factories, painting clocks, watches and military dials with a special luminous substance made from radium. It was a fun job, lucrative and glamorous - the girls shone brightly in the dark, covered head to toe in dust from the paint.

However, as the years passed, the women began to suffer from mysterious and crippling illnesses. It turned out that the very thing that had made them feel alive - their work - was slowly killing them: the radium paint was poisonous.

Their employers denied all responsibility, but these courageous women - in the face of unimaginable suffering - refused to accept their fate quietly, and instead became determined to fight for justice.
Drawing on previously unpublished diaries, letters and interviews, The Radium Girls is an intimate narrative of an unforgettable true story. It is the powerful tale of a group of ordinary women from the Roaring Twenties, who themselves learned how to roar.

Further praise for The Radium Girls

'The importance of the brave and blighted dial-painters cannot be overstated.' Sunday Times

'A perfect blend of the historical, the scientific and the personal.' Bustle

Kate Moore is a Sunday Times bestselling writer with more than a decade's experience in writing across varying genres, including memoir and biography and history. She was the director of the critically acclaimed play about The Radium Girls called 'These Shining Lives'. Kate lives in London.

An Ember in the Ashes (Ember Quartet, Book 1)