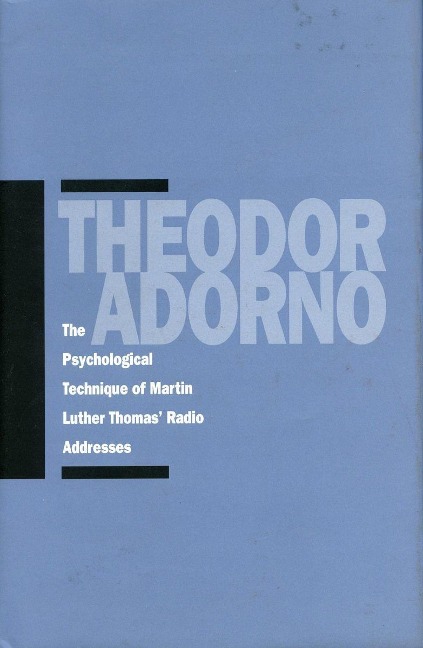 This study was written in English in the 1930s when Adorno, one of the 20th century's most influential thinkers, was living in the United States. It is a pioneering analysis of a member of what we now call the Radical Right--the now-forgotten Martin Luther Thomas, an American fascist-style demagogue who used the radio to appeal to and to manipulate his adherents.