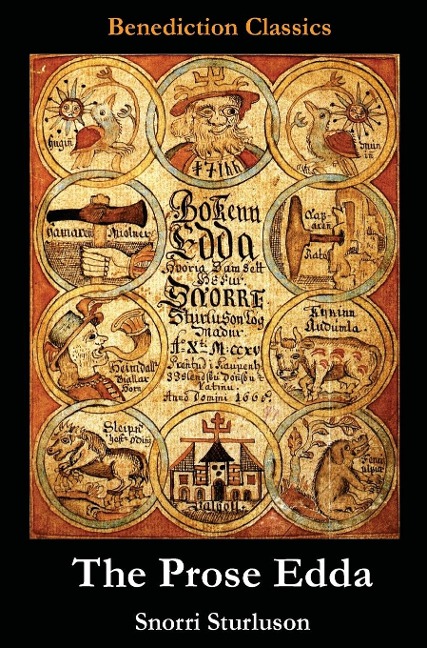 The Edda is our richest treasure trove of Norse mythology--starting with a creation myth, passing through the struggle of the gods, giants, dwarves, and elves for survival and supremacy, and ending in the Ragnarok, a final all-engulfing battle wherein the world itself is destroyed. Norse mythology has captured many imaginations, and inspired epics including Wagner's The Ring and J. R. R. Tolkien's Lord of the Rings.

The Prose Edda, also known as the Younger Edda, Snorri's Edda and, historically, simply as Edda, was written in Old Norse in Iceland during the thirteenth century. In 1220, Snorri Sturluson, a respected poet, parliamentarian, and a visitor to the royal court of Norway, decided to compile the myths and poetic conventions of Norse mythology before they vanished under the influence of Christianity and the verse forms of Europe. The result is the Prose Edda, a unique glimpse of early Norse mythology.

Snorri Sturluson (1179-1241), poet, historian, the most powerful chieftain in Iceland and "Lawspeaker" of the Icelandic Parliament, The Althing is a significant figure in Icelandic history. His extensive writings beyond the Prose Edda provide insight into Scandinavian history and are among the earliest records of the discovery of Vinland (North America).
This unabridged edition includes introduction, notes and an extensive list of alternative names