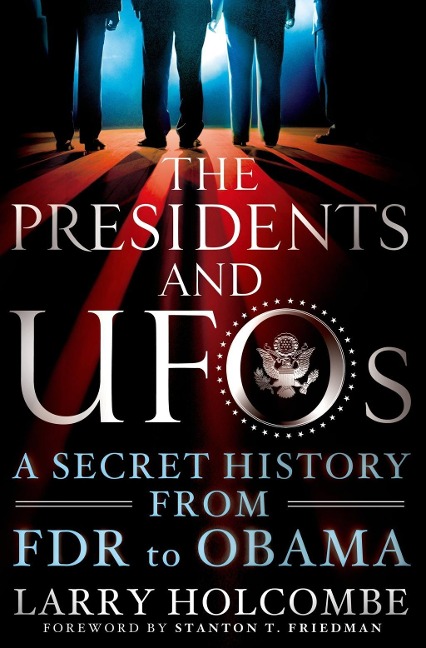 The Presidents and UFOs

A Secret History from FDR to Obama

The UFO enigma has been part of our culture since the 1940s and building to a worldwide explosion of acceptance today. Now, as governments around the world open their files and records on internal UFO investigations, the US remains steadfast in its denial of interest in the UFO issue. As more of the world's population accepts the possibility of an extraterrestrial presence, the demand is building for disclosure from the United States.

Using newly declassified and Freedom of Information Act documents, eyewitness accounts, interviews, and leaked documents being authenticated, THE PRESIDENTS AND UFOS details the secret history of UFOs and the corresponding presidential administration. Starting in 1941 with the Roosevelt administration, author Larry Holcombe examines the startling discoveries facing a president preoccupied by WWII, the explosion of UFO sightings during the Truman years, first contact during the Eisenhower administration, and the possibility of a UFO connection to the Kennedy assassination. In 1975, the Nixon administration came very close to admitting that UFOs exist by funding a documentary by Robert Emenegger. Almost 40 years later, this book will examine Emenegger's findings.

For the first time, the involvement of all of the modern presidents up to and including President Obama, and the rise and then fall of their influence on UFO issues, are told in one story that is an integral part of the fascinating UFO tapestry.