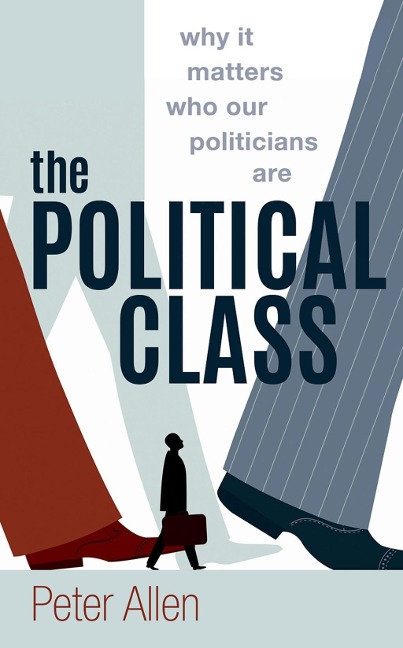 Why It Matters Who Our Politicians Are

Recent years have seen an intensification of discussion on the issue of Britain's political class. The question of who our politicians are is front and centre. Do they represent us? Are all politicians just in it for themselves? Are they disconnected from the lives of normal people? In The Political Class, Peter Allen argues that our current political class are in many important ways unlike the British people as a whole, and this matters a lot.

Our politicians are currently largely drawn from limited sections of society, reflecting patterns of wider social and economic inequality which mean that, for many people, running for political office is almost impossible. This leaves us with a political class that can justifiably be described as uniform in who they are, what they think, and how they behave.

Putting the state of British democracy under the microscope, Allen argues that having a more diverse political class would not only better reflect democratic principles of equality, but would also result in more legitimate political outcomes. We need to radically reshape political institutions so that more citizens have a real chance of becoming involved in making the decisions that affect all of our lives. Only by doing this can the gap between the political class and the public be reduced,
and British democracy live up to its name.

Peter Allen is Reader in Comparative Politics at the University of Bath.                                His research on representation, political behaviour, and gender and politics has been published in a number of academic journals. He is currently an ESRC Future Research Leader and a 2016-7 Kluge Fellow at the Library of Congress in Washington D.C. Further information can be found at his website, www.peter-allen.co.uk. This is his first book.