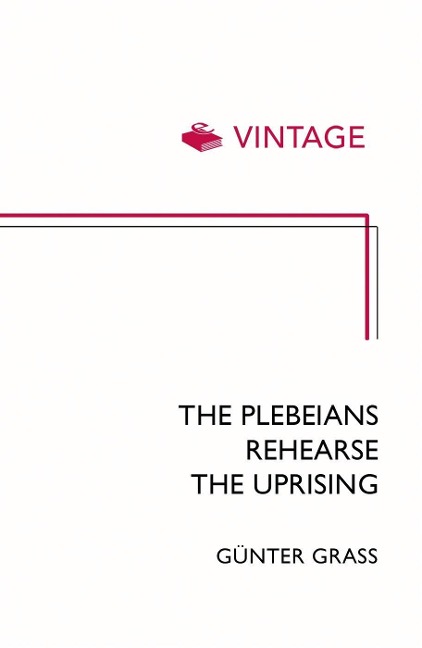 The Plebeians Rehearse the Uprising

In his first full-length play, Günter Grass takes Bertolt Brecht, the foremost modern German dramatist, as his key figure. On 17 June, 1953, the workers in East Germany rise in rebellion against oppressive measures, but their revolt lacks a voice and a leader. In the East German theatre of which he is the director, the famed Communist poet and playwright, Bertolt Brecht (named 'the boss' in the play), is shown rehearsing his adaption of Shakespeare's Coriolanus. The revolution spills over into the stage happenings as a workers' delegation requests that 'the Boss' lend the authority of his voice and fame to their demands for justice and freedom. The intellectual is shown in a tragic dilemma: reasoning keeps him from active commitment until it is too late. He becomes guilty of betraying the workers and his own self.