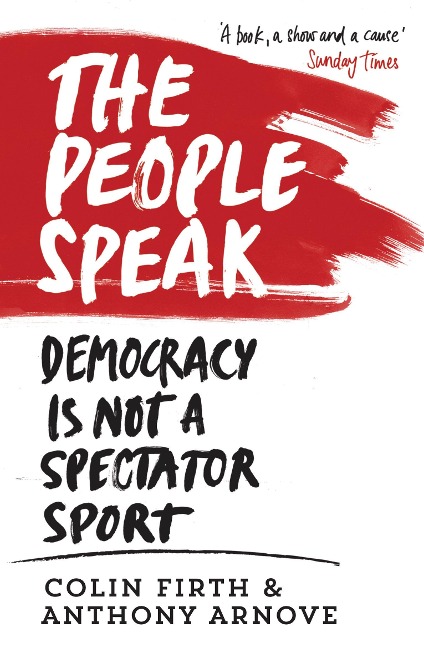 Democracy is not a Spectator Sport

'The idea was simple. Take the most impassioned speeches about the fight for what is right and bring them to life for a new generation. The reason why it's so powerful is because it's about everything that matters to us: love and life, sex and death, justice and freedom. We've found some amazing speeches from the most unlikely places, British voices that have been ignored for centuries because history is a tale often told by the winners' COLIN FIRTH

The People Speak tells the story of Britain through the voices of the visionaries, dissenters, rebels and everyday folk who took on the Establishment and stood up for what they believed in. Here are their stories, letters, speeches and songs, from the Peasants Revolt to the Suffragettes to the anti-war demonstrators of today. They are some of the most powerful words in our history.

Compiled by the Oscar-winning actor Colin Firth, influential writer Anthony Arnove and the acclaimed historian David Horspool, The People Speak reminds us that democracy has never been a spectator sport.

Colin Firth (CBE) is a Bafta and Academy Award-winning actor. His films include The English Patient, Fever Pitch, Bridget Jones's Diary, The Importance of Being Ernest, A Single Man and The King's Speech.

No! I Don't Want to Join a Bookclub