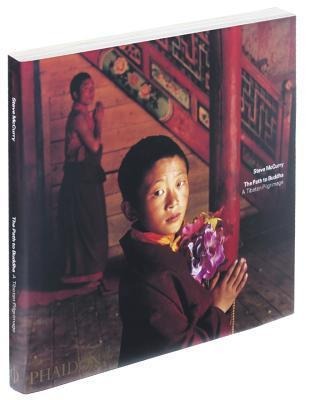 The Path to Buddha

Tibet has suffered extreme political turmoil and upheaval over the last 50 odd years. Occupied in 1950, Red Guards destroyed thousands of official buildings and holy places during the Cultural Revolution, and religious freedom and traditional education are still severely under threat.

Due to the strength of Tibetan faith in Buddha, in the Dalai Lama, and against the odds, many buildings have been reconstructed, their devotion and belief remain extraordinarily strong. Buddhism permeates every aspect of a Tibetan's life, whether living in Tibet or in exile in Nepal, India or the United States.

A magnificent and time-stopping work, The Path to Buddha is divided into five parts, in which we see the monks in animated discussion, meditation and prayer; and we follow the devout believers on their arduous journeys to prayer. The two main chapters are interspersed with sections of portraits of this proud and dignified people whose own innate sense of their own being can be seen in the simplest of things, such as the way they dress and adorn themselves.

Robert Thurman is an internationally respected scholar and champion of the preservation of Tibetan culture. A former Buddhist monk, he is currently Director of Tibet House in New York and the Jey Tsong Khapa Professor of Indo-Tibetan Buddhist Studies at Columbia University.