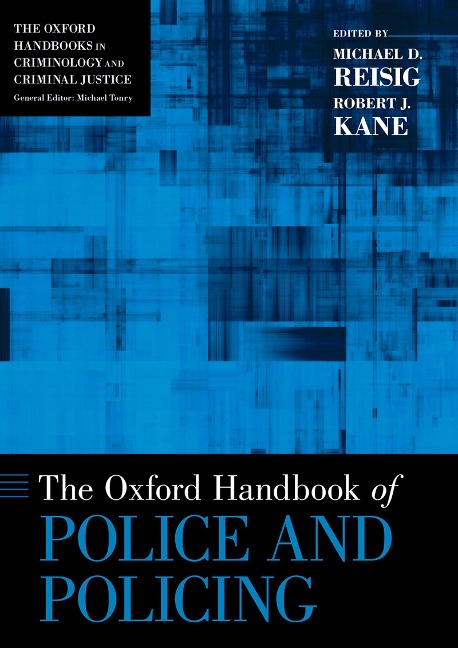 The Oxford Handbook of Police and Policing

The police are perhaps the most visible representation of government. They are charged with what has been characterized as an "impossible" mandate -- control and prevent crime, keep the peace, provide public services -- and do so within the constraints of democratic principles. The police are trusted to use deadly force when it is called for and are allowed access to our homes in cases of emergency. In fact, police departments are one of the few government agencies that can be mobilized by a simple phone call, 24 hours a day, 7 days a week. They are ubiquitous within our society, but their actions are often not well understood.

The Oxford Handbook of Police and Policing brings together research on the development and operation of policing in the United States and elsewhere. Accomplished policing researchers Michael D. Reisig and Robert J. Kane have assembled a cast of renowned scholars to provide an authoritative and comprehensive overview of the institution of policing. The different sections of the Handbook explore policing contexts, strategies, authority, and issues relating to race and ethnicity. The Handbook also includes reviews of the research methodologies used by policing scholars and considerations of the factors that will ultimately shape the future of policing, thus providing persuasive insights into why and how policing has developed, what it is today, and what to expect in the future.

Aimed at a wide audience of scholars and students in criminology and criminal justice, as well as police professionals, the Handbook serves as the definitive resource for information on this important institution.

Robert J. Kane is Professor and Department Head of Criminology and Justice Studies at Drexel University. He is the author of Jammed-Up: Bad Cops, Police Misconduct, and the New York City Police Department.