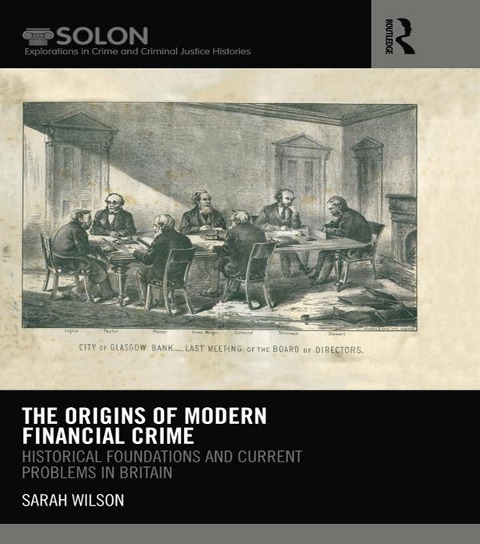 The Origins of Modern Financial Crime

The recent global financial crisis has been characterised as a turning point in the way we respond to financial crime. Focusing on this change and 'crime in the commercial sphere', this text considers the legal and economic dimensions of financial crime and its significance in societal consciousness in twenty-first century Britain. Considering how strongly criminal enforcement specifically features in identifying the post-crisis years as a 'turning point', it argues that nineteenth-century encounters with financial crime were transformative for contemporary British societal perceptions of 'crime' and its perpetrators, and have lasting resonance for legal responses and societal reactions today. The analysis in this text focuses primarily on how Victorian society perceived and responded to crime and its perpetrators, with its reactions to financial crime specifically couched within this. It is proposed that examining how financial misconduct became recognised as crime during Victorian times makes this an important contribution to nineteenth-century history. Beyond this, the analysis underlines that a historical perspective is essential for comprehending current issues raised by the 'fight' against financial crime, represented and analysed in law and criminology as matters of enormous intellectual and practical significance, even helping to illuminate the benefits and potential pitfalls which can be encountered in current moves for extending the reach of criminal liability for financial misconduct. Sarah Wilson's text on this highly topical issue will be essential reading for criminologists, legal scholars and historians alike. It will also be of great interest to the general reader.The Origins of Modern Financial Crime was short-listed for the Wadsworth Prize 2015.

Sarah Wilson is an academic lawyer with a background also in history. She has worked on financial crime, both as it affects society today and in its historical origins, for the last ten years. A full time academic, she has worked at Leeds, Keele and Manchester Universities and is currently at the School of Law at York University.