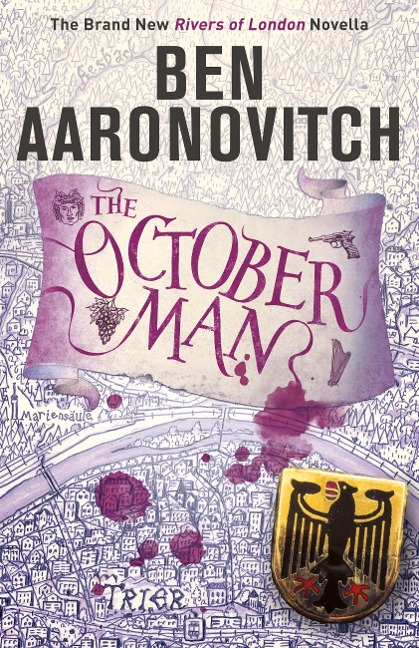 A Rivers of London Novella

Trier is famous for wine, Romans and for being Germany's oldest city. So when a man is found dead with, his body impossibly covered in a fungal rot, the local authorities know they are out of their depth.

Fortunately this is Germany, where there are procedures for everything.

Enter Investigator Tobias Winter, whose aim is to get in, deal with the problem, and get out with the minimum of fuss, personal danger and paperwork. With the help of frighteningly enthusiastic local cop, Vanessa Sommer, he's quick to link the first victim to a group of ordinary middle aged men - and to realise they may have accidentally reawakened a bloody conflict from a previous century. But the rot is still spreading, literally and with the suspect list extending to people born before Frederick the Great solving the case may mean unearthing the city's secret magical history.

. . . so long as that history doesn't kill them first.

'The Rivers of London series is an ever-evolving delight' CRIME REVIEW
'Ben Aaronovitch is a master of metropolitan magical mayhem' STARBURST
'Aaronovitch deftly balances urban fantasy with the police procedural' CRIME SCENE
'Once you start, you'll find a London that's just dying to be explored' DEN OF GEEK

Get What They Deserve (The Fowl Twins, Book 3)