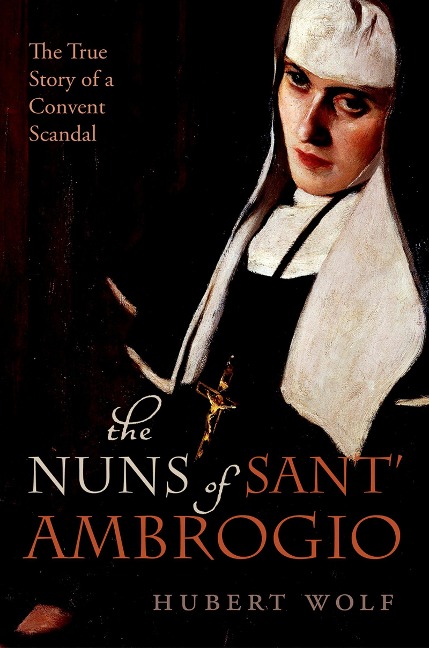 The True Story of a Convent in Scandal

Discovered in a secret Vatican archive, this is the true, never-before-told story of poison, murder, and lesbian initiation rites in a nineteenth century convent.

In 1858, Katherina von Hohenzollern, a German princess recently inducted into the convent of Sant'Ambrogio in Rome, wrote a frantic letter to her cousin, a confidant of the Pope, claiming that she was being abused and feared for her life. The subsequent investigation by the Church's Inquisition uncovered the extraordinary secrets of Sant'Ambrogio and the illicit behavior of the convent's beautiful young mistress, Maria Luissa.

What emerges through the fog of centuries is a sex scandal of ecclesiastical proportions, skillfully brought to light and vividly reconstructed in scholarly detail by one of the world's leading papal historians. Offering a broad historical background on female mystics and the cult of the Virgin Mary, and drawing upon written testimony and original documents, Hubert Wolf tells an incredible story of deception, heresy, seduction, and murder in the heart of the Catholic Church.

Hubert Wolf is Professor of Ecclesiastical History at the University of Muenster in Germany, and has been awarded a number or prizes, including the Leibniz Prize of the German Research Foundation (DFG), the Communicator Prize, and the Gutenberg Prize. An internationally renowned scholar of the history of the papacy, his other books include Pope and Devil: The Vatican's Archives and the Third Reich.

Dramatis Personae; Prologue; 1  Such Turpitudes; 2  The Delicatezza of the Matter as Such; 3  I Am the Little Lion of My Reformed Sisters; 4  Wash Me Well, for the Padre Is Coming; 5  An Act of Divine Splendor; 6  It Is a Heavenly Liquor; 7  That Good Padre Has Spoiled the Work of God; 8  During These Acts I Never Ceased My Inner Prayer; 9  Sorrowful and Contrite; Epilogue; Notes; Bibliography; Index