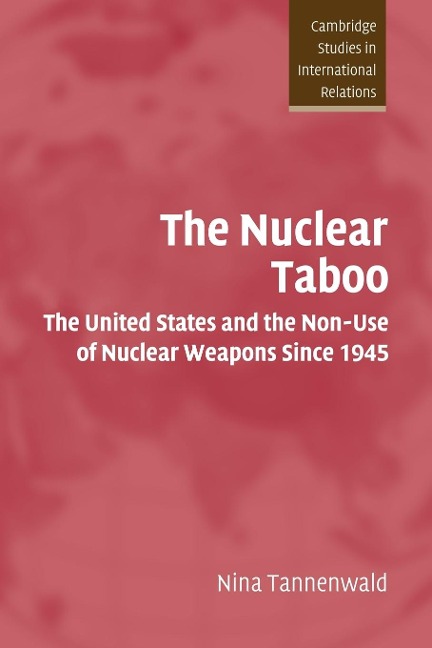 Why have nuclear weapons not been used since Hiroshima and Nagasaki in 1945? Nina Tannenwald disputes the conventional answer of 'deterrence' as incomplete. She argues in favour of a 'nuclear taboo' - a widespread inhibition on using nuclear weapons - which has arisen in global politics. Drawing on newly-released archival sources, Tannenwald traces the rise of the nuclear taboo, forces that produced it, and its influence, particularly on US leaders. She analyzes four critical instances where US leaders considered using nuclear weapons (Japan 1945, the Korean War, the Vietnam War and the Gulf War 1991) and examines how the nuclear taboo has repeatedly dissuaded US and other world leaders from resorting to 'ultimate weapons'. Through a systematic analysis, Tannenwald challenges conventional conceptions of deterrence and offers a compelling argument on the moral bases of nuclear restraint as well as an important insight into how nuclear war can be avoided in the future.