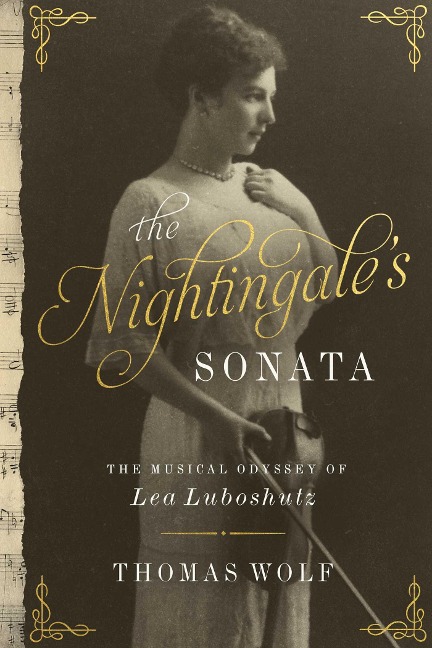 The Musical Odyssey of Lea Luboshutz

*Winner of the Sophie Brody Medal*

A moving and uplifting history set to music that reveals the rich life of one of the first internationally renowned female violinists.

Spanning generations, from the shores of the Black Sea to the glittering concert halls of New York, The Nightingale's Sonata is a richly woven tapestry centered around violin virtuoso Lea Luboshutz. Like many poor Jews, music offered an escape from the predjudices that dominated society in the last years of the Russian Empire. But Lea's dramatic rise as an artist was further accentuated by her scandalous relationship with the revolutionary Onissim Goldovsky.

As the world around them descends in to chaos, between revolution and war, we follow Lea and her family from Russia to Europe and eventually, America. We cross paths with Pablo Casals, Isadora Duncan, Emile Zola and even Leo Tolstoy. The little girl from Odessa will eventually end up as one of the founding faculty of the prestigious Curtis Institute of Music, but along the way she will lose her true love, her father, and watch a son die young. The Iron Curtain would rise, but through it all, she plays on.

Woven throughout this luminous odyssey is the story is Cesar Franck's "Sonata for Violin and Piano." As Lea was one of the first-ever internationally recognized female violinists, it is fitting that this pioneer was one of the strongest advocates for this young boundary-pushing composer and his masterwork.