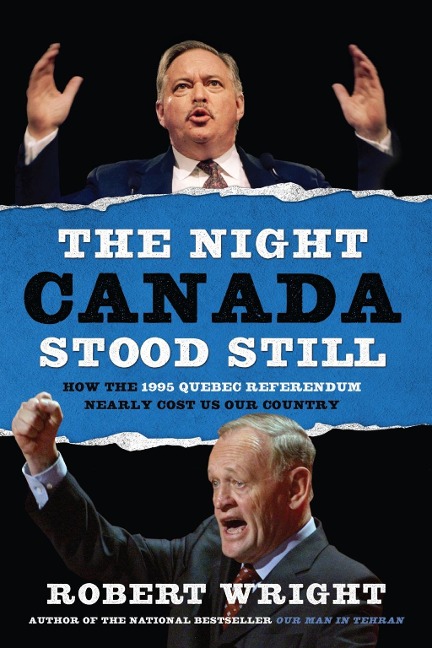 The night of October 30, 1995, was like no other in Canadian history. The young, modern nation that the UN Human Development Index had ranked #1 for the two previous years now faced its greatest challenge: the possibility of fracturing as Quebecers made a fateful decision-whether to separate from Canada-in a referendum that pollsters estimated would be as close as close could be.

The Quebec-sovereignist juggernaut that began with the creation of the Parti Quebecois in 1968 climaxed in the provincial referendum on October 30th. On that extraordinary evening, Canadians from all walks of life, in every region of the country, sat glued to their television screens as polling results trickled in from across Quebec. Unlike the 1980 referendum, when the victory of the federalist No vote led by Pierre Trudeau was a foregone conclusion, the 1995 race was a dead heat. All evening, the returns pitched and rolled, and anxious Canadians pitched and rolled along with them. In the end, the No vote won by the narrowest of margins, 50.58% to 49.42%. This was no euphoric victory, no easy vindication of Sir John A. Macdonald's federalist dream. Never before had the country come face to face with its own imminent extinction.

In The Night Canada Stood Still, Robert Wright revisits the drama and intrigue that brought Quebecers, and indeed all Canadians, to the very edge of this watershed event.