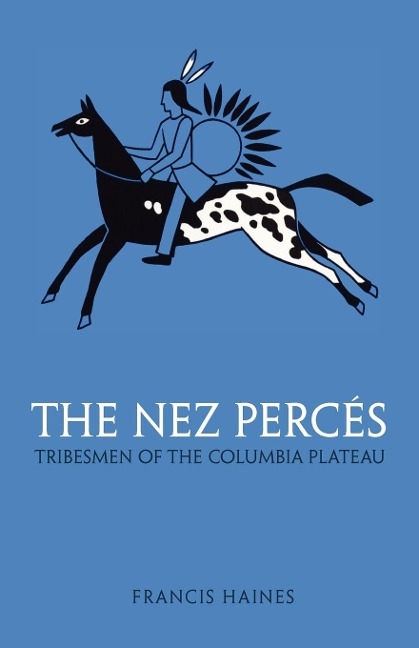 Tribesmen of the Columbia Plateau

"Haines has made a genuine effort to make imaginative and sympathetic use of the few sources that tell the internal story of what the Nez Perces thought, felt, and did. He succeeds so well that the reader, for a change, finds himself looking eastward with the Nez Percés instead of riding westward in the vanguard of the new civilization."
Montana
A sedentary fishing tribe in the plateau and mountain country of central Idaho, northeastern Oregon, and southeastern Washington, the Nez Percés were transformed by the acquisition of the horse into a tribe that hunted on the plains and assimilated much of the buffalo culture. In the mountains their traditional enemies were the Shoshonis; on the plains they fought the Sioux and were allied with the Crows. They were outstanding horsemen, and perhaps their most notable accomplishments were in horse breeding and in their development, through selective breeding, of that famous spotted horse, the Appaloosa.
Volume 42 in the Civilization of the American Indian Series
Francis Haines grew up in the Montana range country. Considered one of the country's leading authorities on the diffusion of the horse among the Indian tribes of North America, on the Appaloosa horse, and on the Nez Percés, he was the author of The Buffalo and Red Eagles of the North