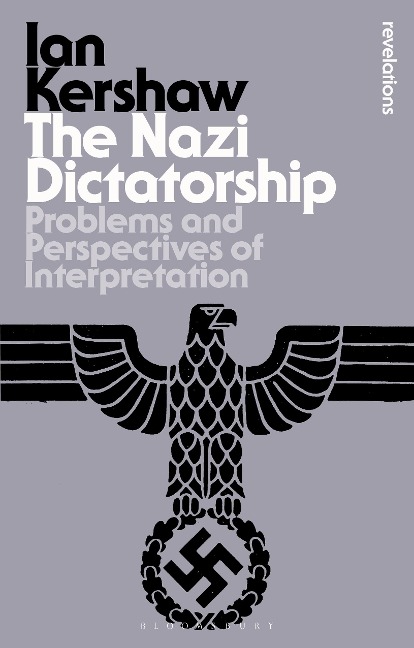 Problems and Perspectives of Interpretation

Sir Ian Kershaw is regarded by many as the world's leading authority on Hitler and the Third Reich. Known for his clear and accessible style when dealing with complex historical issues his work has redefined the way we look at this period modern European history. The Nazi Dictatorship is Kershaw's landmark study of the Third Reich. It covers the major themes and debates relating to Nazism including the Holocaust, Hitler's authority and leadership, Nazi Foreign Policy and the aftermath, including issues surrounding Germany's unification. The Revelations edition includes a new preface from the author.

Sir Ian Kershaw is Professor of Modern History at the University of Sheffield, UK. Among his other publications is the internationally acclaimed biography Hitler (2 vols, 1998 and 2000). He is a Fellow of the British Academy and the Royal Historical Society.

Preface to the Revelations Edition
Abbreviations
1. Historians and the problem of explaining Nazism
2. The Essence of Nazism: form of fascism, brand of totalitarianism, or unique phenomenon?
3. Politics and economics in the Nazi State
4. Hitler: 'master of the Third Reich' or 'weak dictator'
5. Hitler and the Holocaust
6. Nazi foreign policy: Hitler's 'programme' or 'expansion without object'?
7. The Third Reich: 'social reaction' or 'social revolution'?
8. 'Resistance without the people'?
9. 'Normality' and genocide: the problem of 'historicization'
10. Shifting perspectives: historiographical trends in the aftermath of unification
Suggestions for further reading
Index