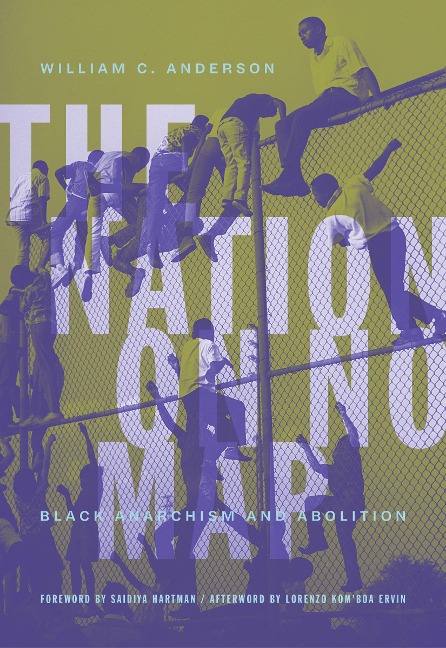 The Nation on No Map

The Nation On No Map uses Black anarchism as a tool of survival in an age of crisis. Picking up where his co-authored debut As Black As Resistance left off, Anderson rejects nationalism, the State, and citizenship as avenues to achieve liberation. He issues a bold case for prioritizing basic survival as social and environmental conditions grow worse and global disasters abound. In order to overcome oppression, he says, people will have to first overcome certain barriers to and ways of thinking about liberation that go beyond mere critique of the U.S. By broadening our understanding of what stands in our way to include things like celebrity, dogma, and the idea of nationhood itself (Black or otherwise), The Nation On No Map encourages readers to utilize, and then exceed, the ideals and strategies of Black anarchism, regardless of what term they use to describe the struggle for liberation.

William C. Anderson is an independent writer and activist from Birmingham, Alabama. He has written for The Guardian, Truthout, and the British Journal of Photography, among other publications, and has appeared on MTV and NPR. He is the co-author of As Black As Resistance, and has work in the anthology Who Do You Serve, Who Do You Protect? He is cofounder of Offshoot Journal.