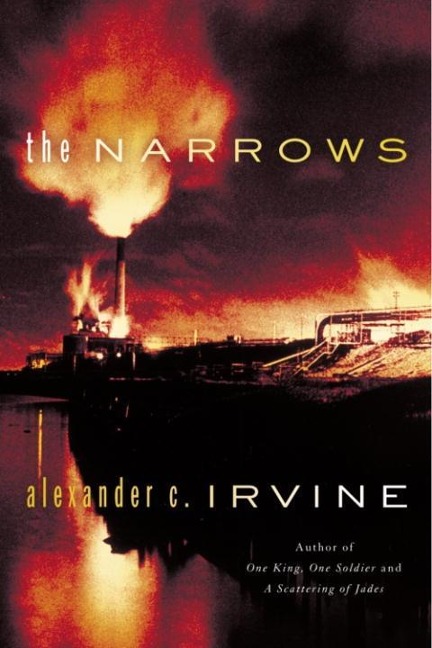 Spared fighting in Europe because of a bum hand,  Jared wishes he could join the cause, instead of mindlessly sifting clay to be made  into golems. But there is something that preys on his dreams: the devilish dwarf  known as the Nain Rouge. In his youth, Jared once actually saw the Dwarf-a chilling  creature that shows itself to individuals just before their demise. Now the Nain  Rouge appears to be coming back for Jared himself.

Many have a profound interest  in Jared's childhood run-in with the Dwarf-including a German spy, Jared's hateful  foreman at the golem factory, and a shape-shifting Indian shaman. But what could  a simple man who earns a meager living possibly have to do with espionage and dark  deeds? While Jared toils invisibly in the bowels of Henry Ford's plant, the answer is about  to reveal itself in a cataclysm of mythic and sinister proportions.

Alexander C. Irvine has written fourteen books, including Buyout, The Narrows, and A Scattering of Jades, which won him the Crawford Award for best new writer. He was a finalist for the Campbell Award for best new writer and a Pushcart Award nominee for his short story "Snapdragons." Irvine's short fiction has appeared in the Vestal Review, Fantasy & Science Fiction, Alchemy, and The Year's Best Science Fiction, among others. He lives in Portland, Maine.