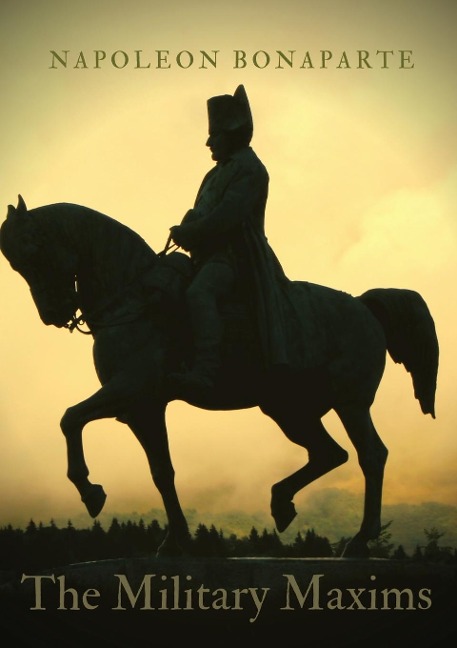 An essential volume of Napoleon's wisdom on the art of war

The Military Maxims of NapoleonAn essential volume of Napoleon's wisdom on the art of warNearly two hundred years after his death, Napoleon remains widely regarded as one of the greatest military commanders of all time. Here, in one volume, is the essence of Napoleon's knowledge and wisdom, the fruit of his practical experience, and his study of the great empire-builders from Alexander to Frederick the Great. Working from the best among previous editions of Napoleon's maxims, including the work produced in 1901 by William E. Cairnes, noted Napoleonic historian David G. Chandler has contributed commentary that examines Napoleon's work from the twentieth-century perspective of the two world wars, Vietnam, and other conflicts, and analyzes the ways in which commanders have observed or failed to observe Napoleon's teachings.The Military Maxims of Napoleon is a unique collection of tenets on the art of war. They reveal the principles on which his military, diplomatic, and political triumphs were built. Now every military student and enthusiast can benefit from the brilliance of Napoleonic insight and wisdom.The Military Maxims of Napoleon provides a most valuable insight into the Napoleonic art of war . . . David G. Chandler is the foremost modern authority on the subject, which makes this work essential reading." Philip J. Haythornthwaite, author of Invincible GeneralsSkyhorse Publishing, as well as our Arcade imprint, are proud to publish a broad range of books for readers interested in history--books about World War II, the Third Reich, Hitler and his henchmen, the JFK assassination, conspiracies, the American Civil War, the American Revolution, gladiators, Vikings, ancient Rome, medieval times, the old West, and much more. While not every title we publish becomes a New York Times bestseller or a national bestseller, we are committed to books on subjects that are sometimes overlooked and to authors whose work might not otherwise find a home.