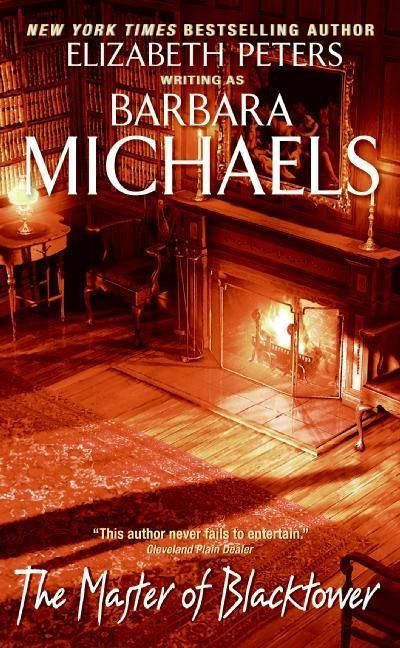 Damaris Gordon shuddered at the thought of working for the cruel and bitter Master of Blacktower—but her father's death left her no choice. Suddenly her fate—her life itself—was in the black silk-gloved hands of Gavin Hamilton, a man scarred and tortured by an unspoken past, whose mocking laughter echoes through his ancient Scottish estate. Damaris has heard the whispers that accuse Gavin Hamilton of his wife's death and his young daughter's crippling injury. But the pain and sadness barely hidden behind his blazing dark stare touch Damaris deeply—and a courageous heart is luring her to the estate's topmost tower in search of his dangerous secrets.

Elizabeth Peters (writing as Barbara Michaels) was born and brought up in Illinois and earned her Ph.D. in Egyptology from the University of Chicago's famed Oriental Institute. Peters was named Grandmaster at the inaugural Anthony Awards in 1986, Grandmaster by the Mystery Writers of America at the Edgar® Awards in 1998, and given The Lifetime Achievement Award at Malice Domestic in 2003. She lives in an historic farmhouse in western Maryland.

Our House Is on Fire

The Glorious Life of the Oak

Knitting in the Nordic Tradition