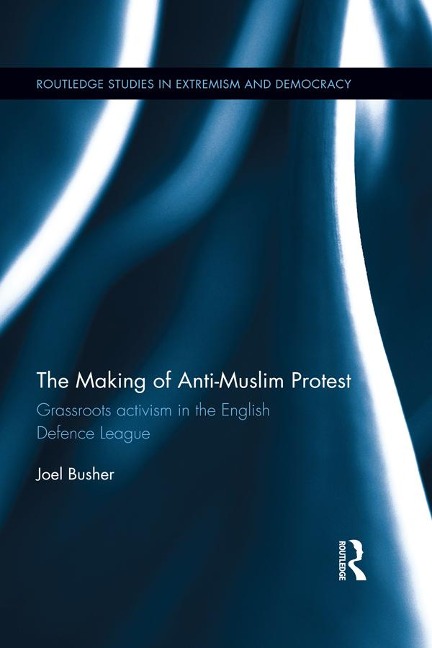 The Making of Anti-Muslim Protest

Activism in any social movement group is, as Deborah Gould observes, a project of collective 'world-making'. It is about changing the world out there by influencing policy and public opinion, but is also about the way it transforms the lives of participants - activists generate new identities, cultures, social ties, rich and varied emotional experiences and interpretations of the world around them. Movements are more likely to be able to attract and sustain support when as projects of collective world-making they feel compelling to activists and would-be activists.

In this book Busher explores what has made activism in the English Defence League (EDL), an anti-Muslim protest movement that has staged demonstrations across the UK since 2009, so compelling to those who have chosen to march under its banner. Based on sixteen months of overt observation with grassroots activists, he explores how people became involved with the group; how they forged and intensified belief in the EDL cause; how they negotiated accusations that they were just another racist, far right group; and how grassroots EDL activism began to unravel during the course of 2011 but did not do so altogether. Providing a fresh insight as to how contemporary anti-minority protest movements work on the inside, this book will be of interest to students, scholars and activists working in the areas of British politics, extremism, social movements, community relations and current affairs more generally.

Joel Busher is a Research Fellow at the Centre for Trust, Peace and Social Relations, Coventry University, UK. His primary research interest is in the micro-social processes through which people achieve, or are frustrated in their attempts to achieve, sustained mobilisations, and how understanding these processes can inform policy and practice.

1. Introduction 2. Journeys into EDL activism 3. Developing belief in the cause 4. Trying to be not-racist and not-far-right 5. The unravelling of EDL activism 6. The persistence of organised anti-Muslim activism 7. Conclusions