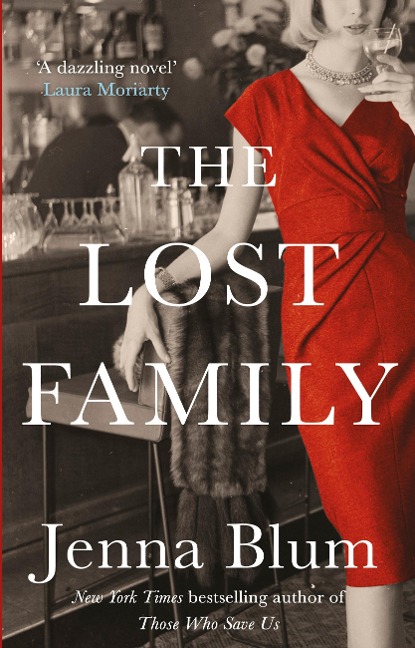 'An extraordinary read, the kind of book that makes you sob and smile' Tatiana de Rosnay

In 1960s Manhattan, patrons flock to Masha's to savor its brisket Wellington and impeccable service, and to admire its dashing owner and head chef, Peter Rashkin. With his movie-star good looks and tragic past, Peter, a survivor of Auschwitz, is the most eligible bachelor in town. But he has resigned himself to a solitary life. Running Masha's consumes him, as does the terrible guilt of having survived the horrors of a Nazi death camp while his wife, Masha - the restaurant's namesake - and two young daughters perished.

Then exquisitely beautiful June Bouquet, an up-and-coming model, appears at the restaurant, piercing Peter's guard. Though she is twenty years his junior, the two begin a passionate, whirlwind courtship. When June unexpectedly becomes pregnant, Peter proposes, believing that beginning a new family with the woman he loves will allow him to let go of the atrocities of the past, even though he cannot forget all that he has lost. But over the next twenty years, the indelible sadness of those memories will overshadow Peter, his new wife, June, and their daughter, Elsbeth, transforming them in heartbreaking and unexpected ways.

The Lost Family is a charming, funny, and elegantly bittersweet study of the repercussions of loss and love that spans a generation, from the 1960s to the 1980s. It is a vivid portrait of marriage, family, and the haunting grief of World War II.