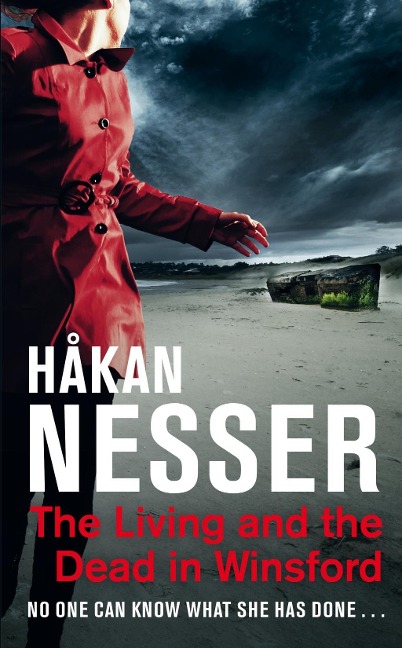 The Living and the Dead in Winsford

Winner of the Rosenkrantz Award for Best Thriller of the Year

From the bestselling, award-winning Swedish author Håkan Nesser, The Living and the Dead in Winsford is a gripping and deeply atmospheric psychological thriller set on Exmoor.

There is nobody in the world who knows that we are here . . .

A woman arrives in the village of Winsford on Exmoor. She has travelled a long way and chosen her secluded cottage carefully. Maria's sole intention is to outlive her beloved dog Castor. And to survive the torrent of memories that threaten to overwhelm her.

Weeks before, Maria and her husband Martin fled Stockholm under a cloud. The couple were bound for Morocco, where Martin planned to write an explosive novel; one that would reveal the truth behind dark events within his commune of writers decades before. But the couple never made it to their destination.

As Maria settles into her lonely new life, walking the wild, desolate moors, it becomes clear that Winsford isn't quite the sanctuary she thought it would be. While the long, dark evenings close in and the weather worsens, strange things begin to happen around her. But what terrible secrets is Maria guarding? And who is trying to find her?

A haunting, masterly unravelling of a dreadful crime, in The Living and the Dead in Winsford, Håkan Nesser, the bestselling, award-winning author of the Van Veeteren series, tightens the tension like a noose . . .