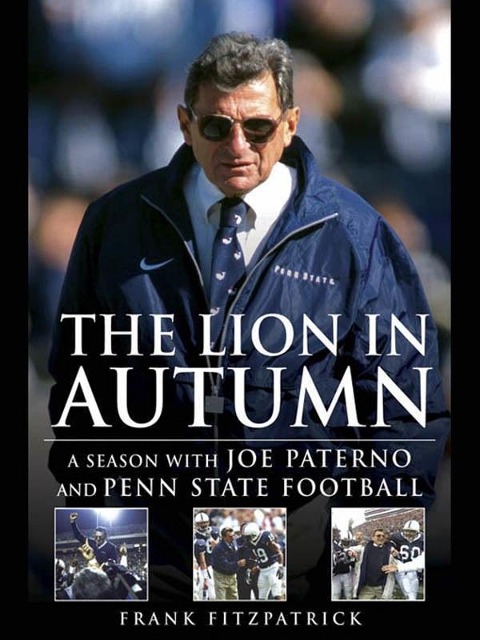 The Lion in Autumn

A Season with Joe Paterno and Penn State Football

"Fascinating. . . . One of the best books ever written on the rise and fall of a great college football coach."
—Allen Barra, San Francisco Chronicle

The Lion in Autumn takes readers inside Penn State's storied football program as legendary coach Joe Paterno fights to turn his struggling team into a winner once again. In more than a half century at Penn State, Paterno has won more bowl games (21) than any other coach and more games (354) than all but one, en route to two national championships and five perfect seasons. But in the new millennium hard times arrived in Happy Valley. His Nittany Lions had losing seasons in four of five years, dropping sixteen of twenty-three games in 2003 and 2004. There were boos at Beaver Stadium and increasing calls for the aging Paterno to step down.

Award-winning sportswriter Frank Fitzpatrick followed JoePa through the 2004 season as the beloved coach struggled to save himself and his storied program. Fitzpatrick trailed Paterno from fund-raisers to the spring practices to the sidelines, detailing how the coach endured another losing season while building a team that would win the Orange Bowl and compete for the national championship in 2005. Interweaving stories from past seasons into the narrative, Fitzpatrick fleshes out the legend of Paterno.

Frank Fitzpatrick has worked in the Philadelphia Inquirer Sports Department since 1980. He was a Pulitzer Prize finalist in 2001 and has won numerous state and national awards. He is the author of several books including the recently published, The Lion in Autumn: A Season with Joe Paterno and Penn State Football. He and his wife live in West Chester, Pa., and they are the parents of four children.