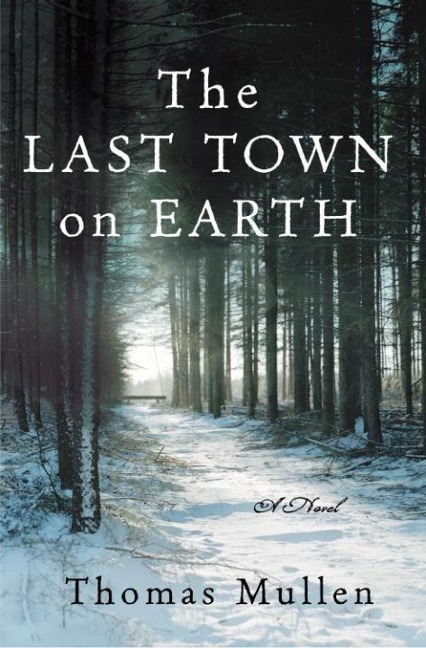 The Last Town on Earth

Set against the backdrop of one of the most virulent epidemics that America ever experienced-the 1918 flu epidemic-Thomas Mullen's powerful, sweeping first novel is a tale of morality in a time of upheaval.

Deep in the mist-shrouded forests of the Pacific Northwest is a small mill town called Commonwealth, conceived as a haven for workers weary of exploitation. For Philip Worthy, the adopted son of the town's founder, it is a haven in another sense-as the first place in his life he's had a loving family to call his own.

And yet, the ideals that define this outpost are being threatened from all sides. A world war is raging, and with the fear of spies rampant, the loyalty of all Americans is coming under scrutiny. Meanwhile, another shadow has fallen across the region in the form of a deadly illness striking down vast swaths of surrounding communities.

When Commonwealth votes to quarantine itself against contagion, guards are posted at the single road leading in and out of town, and Philip Worthy is among them. He will be unlucky enough to be on duty when a cold, hungry, tired-and apparently ill-soldier presents himself at the town's doorstep begging for sanctuary. The encounter that ensues, and the shots that are fired, will have deafening reverberations throughout Commonwealth, escalating until every human value-love, patriotism, community, family, friendship-not to mention the town's very survival, is imperiled.

Inspired by a little-known historical footnote regarding towns that quarantined themselves during the 1918 epidemic, The Last Town on Earth is a remarkably moving and accomplished debut.

Thomas Mullen was born in Rhode Island and lives in Washington, D.C., with his wife. He is at work on a new novel.